When I was first starting out in Hollywood, a screenwriter friend gave me some advice that has served me well in all subsequent incarnations. 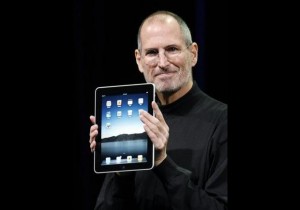 My friend showed me his “to do” list. It wasn’t a smudged-up scrap of cocktail napkin like mine; it was a full-on pro printout like something from NASA.

Studios have their production slates, right? I’ve got mine too. Here’s my development slate. I’m working on Script #1 now, but I’ve got #2, 3, 4, 5, and 6 lined up and in various stages of development. If I get a few days, I’ll go to work on them.

My friend showed me the books he was reading, seeking out new ideas and fresh material, and the foreign flicks and exploitation movies and oldies but goodies, films noir and so forth that he had at his bedside and beside his TV. “Fox and Warners have producers on the lot who are always trolling for new material. I do the same. I’ll find it in Mongolia or Zamboanga if I have to.”

When I first got out here to L.A., I’d go into meetings at the studios and as we were wrapping up, one of the execs would say to me, “What else have you got, Jack?” And I’d stare at him and go blank.

You can’t do that. We’re going up against A-listers. When a guy in an office asks you what else you’re working on, you’ve gotta be ready with it right then, ready to pitch it, and ready with Idea #3 and Concept #4 after that.

It’s not that you’re being mercenary or greedy. It’s just being a pro. Buyers wanna know you’re in business. They wanna know you’ve got ideas, that you never stop thinking. You’re a resource to them. Their jobs depend on you and people like you. You gotta be a pro.

One time this same friend and I were sitting in a deli called Brent’s in the Valley when a certain very successful screenwriter came in, accompanied by three gorgeous young women. We both knew the guy. He was a good writer (he had had two hits in a row and had another in the pipeline, so we had heard) who had been a lawyer in a previous professional incarnation.

“Three months ago,” my friend said, “I was pitching a project to MGM at the same time this guy was. He came in with these same three long-stemmed Stanford-educated blondes. His ‘researchers.’ Apparently he doesn’t leave the house without ’em. But I gotta give him credit. He’s a business. He’s larger than life. He’s got more stuff in the works on his own than half the studios in town, and they know it.”

It was this friend who talked me into incorporating myself. (There’s a chapter about this in The War of Art.) There were tax advantages and liability protections, he said. But the primary plus was that the act of becoming your own one-man corporation made you think differently about yourself as a writer.

It made you think more professionally.

I’m still incorporated. When I sign a contract, I don’t do it as myself but as my corporation f/s/o (“for services of”) myself as a writer. I like it. I like seeing that ‘inc.” after my name, just like Random House and Amazon.

You may read this and think, “Boy, is that crass and mercenary!” And it is, in its way. But my own feeling is that the far greater danger (and the more insidious temptation) is allowing ourselves to think like “artistes,” to imagine that there’s something special or unique about our gifts or our talents—that we don’t need to master our crafts or learn how to play street ball or get out there on the bricks and mix it up.

When you and I write a book or a screenplay, we’re creating our own smartphone. We’re going up against Samsung. We’re teeing it up against Steve Jobs. Do we imagine that competitors like these are dabbling or mailing it in or blowing their beta tests?

Writing in the old days may have been a gentleman’s profession (though I doubt it), but it certainly is not any more. You and I may do our work alone in a room, but when we bring it to market we have to line up against Apple and General Motors and Twentieth-Century Fox. We have to think like a business.