In last week’s post we were examining the idea that from a single modest fragment—a scene, or even a couple of lines of text—we as writers can extrapolate a big bite of the global work. Let’s keep biting. 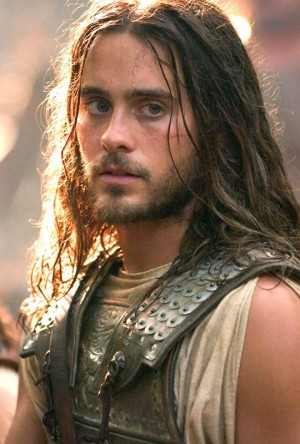 Here, to refresh our memories, are the two lines that popped into my head one day about ten years ago and that I knew at once were the opening sentences of a book (though I had no idea what book, or what that book would be about):

Last week we unpacked from these lines our protagonist, our narrator, our point of view, theme, about two hundred pages of text, and our interior villain. Let’s keep going. What else is implied by these two lines?

First, an identifiable emotion. Pride. When our narrator and protagonist Alexander says, “I have always been a soldier,” he is clearly not ashamed of this. He’s not ambivalent. He is proud.

So we know this book is not going to be Dr. Strangelove or Oh, What A Lovely War.” It’s going to be the unapologetic testament of a warrior and a conqueror. He’s going to depict the soldier’s craft as a noble calling, the “profession of arms.” And since we know from history that Alexander indeed conquered the world, we can imagine that he will be writing in praise of material ambition, in praise of military victory, and that he will be citing, as the foundation of these, the virtues of a soldier.

What are the virtues of a soldier?

I wound up titling this book The Virtues of War. It was divided into nine books. Each one was titled after a specific virtue.

Both these came, again, from those first two sentences.

So now we’ve added our title and our division of structure. There’s more. Let’s go back to the first two sentences.

Alexander in real life was a warrior, a king, and a conqueror. Yet he doesn’t use any of those words in his first two self-descriptive sentences. The word he uses is “soldier.”

What does he mean? Soldier is a humble word. A soldier tramps through the muck, he sleeps in the dirt, he lives in the weather. “Soldier” doesn’t imply anything lofty. A soldier is not necessarily issuing orders; more likely he’s obeying them.

Clearly the qualities that make a warrior are to him humble, simple, and basic.

When I was ten I begged Telamon [a mercenary and tutor of Alexander] to teach me what it meant to be a soldier. He would not respond in words. Rather he packed Hephaestion [Alexander’s boyhood friend] and me three days into the winter mountains. We could not get him to speak. “Is this what being a soldier means, traveling in silence?” At night we nearly froze. “Is this what it means, enduring hardship?”

At the third dusk we chanced upon a pack of wolves chasing a stag onto a frozen lake. Telamon spurred onto the ice at the gallop. In the purple light we watched the pack fan out in its pursuit, turning the prey first one way, then another, always farther from the treeline and the shore. Wolf after wolf made its run at the fast-fatiguing buck. At last one caught him by the hamstring. The stag crashed to the ice; in an instant the pack was on him. Before Hephaestion and I could even draw rein, the wolves had torn his throat out and were already at their feed.

“That,” Telamon declared, “is a soldier.”

Now we have our tone of voice. Plain, blunt, like Caesar or Patton.

Let’s keep going. Let’s talk about supporting characters. Can these too possibly be embedded in that first pair of sentences?

One of the fundamental principles of drama is that while the protagonist embodies the theme and the antagonist embodies the counter-theme, the supporting characters embody aspects of the theme, specifically elements that are contrary to or at variance with the central theme. In historical fact, Alexander had a number of officers who fought at his side throughout his conquests. Many of these commanders became legendary in their own right–Ptolemy, Perdiccas, Parmenio, Craterus, Seleucus, as well as Hephaestion. These personalities will have to be in the book. But how do we use them? Clearly we will need to pick two or three (any more would be unwieldy) and bring them to the fore.

Each one will embody a secondary aspect of the theme, the virtues of war.

Here’s what I did. I picked two. I made Hephaestion (who in real life was Alexander’s dearest friend and, some say, his lover) embody the theme of honor in war, that is, he became the character who sought to limit casualties, to have empathy for the foe, whose aim was to conduct himself and lead his men as knights of probity and self-restraint.

Then I took Craterus, Alexander’s toughest general, and made him stand for the opposite. And I had these characters clash in the presence of Alexander, specifically at the site of a massacre performed by Macedonian troops in Afghanistan.

“There is no right or wrong in warfare, Hephaestion, only victory and defeat. It is because you have no belly for this truth,” Craterus declares, “that you are not a soldier and never will be.”

“If being a soldier means being like you, then I choose to be anything other.”

In other words, the supporting characters are representing and articulating opposing aspects of the theme.

“All actions in war are legitimate,” Craterus proclaims, “if they are taken in the service of victory.”

“All actions, including the massacres of women and children?”

“Such retribution the foe brings upon himself,” declares Craterus, “by his defiance of our will and his refusal to see reason. Such slaughters are committed by the enemy’s own hand, not ours.”

Hephaestion only smiles, his lips declining in articulation of despair.

“No, my friend,” he says. “It is our hands that drive the sword into these innocents’ breasts, and our hands, stained with their blameless blood, that can never be made clean.”

Which virtue is “right” in war? Clemency and empathy for the foe or the will to victory? This question is implied, again, in those first two sentences.

Now: if we have two supporting characters passionately articulating two opposing and irreconcilable points of view about the work’s central theme, where does the main character, our protagonist, stand? He’s in the middle. He’s Hamlet. He’s Gandhi. He’s Jesus.

When, again alone with me in my tent, Hephaestion declares this campaign “odious,” I cite great Pericles of Athens, who, speaking of his city’s empire, stated that

it may have been wrong for us to take it, but now that we have it, it is certainly dangerous for us to let it go.

“Ah,” my mate replied, “then you admit the possibility that this Butcher’s War—and we who prosecute it—may be wicked and unjust?”

I smile at his clever turn. “If we are wicked, my friend, then Almighty Zeus himself has founded our iniquity. For He and no other has established the imperative of conquest within our hearts. Not in mine alone, or yours, but in every man in this army and in all the armies of the earth.” I indicate the bronze of Zeus Hetaireios upon my writing stand. “Plead your case not to me, Hephaestion, but to Him.”

To review: from our original two sentences we have so far unpacked our protagonist, narrator, point of view, theme, two hundred pages of events, internal antagonist, title, rough narrative structure, tone of voice, primary supporting characters and their points of view, and our protagonist’s position in regard to the central moral dilemma of the work.