I did some posts a few weeks ago about the five files I keep on my screen while I’m writing. I posted four but somehow spaced out doing the fifth. My apologies (and thanks to Peter Brockwell for reminding me). Here it is now: 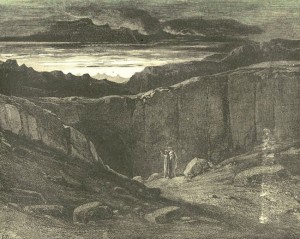 I call this fifth file CULLS.

Have you ever seen an inspection station for tomatoes or potatoes? A conveyor belt shuttles the fresh-from-the-field produce past a line of human checkers (usually farm kids being paid eight bucks an hour.) The good taters and peaches sail past and get boxed up for market. The bad ones get plucked out and sent to agricultural hell.

Those are the culls.

My CULLS file contains everything I’ve cut from the manuscript I’m working on. I don’t delete anything permanently. I just stash it in literary purgatory.

1. It encourages me to cut.

It’s healthy to cut. The habit of cutting keeps you from getting precious and overly possessive. I like to cut as I go along. I’ll whack words, phrases, sentences, paragraphs, entire pages and chapters.

I invoke the first whenever my brain presents me with some plausible pretext for sluffing off or going easy on myself. I ask myself, “Is this legitimate or is it Resistance?” Forty-plus years has taught me: it’s almost always Resistance.

I learned the second mantra from my days working in advertising. Have you ever tried to write a thirty-second commercial? Sixty words max. It’s hard. You learn to cut and you learn to love to cut.

I’ve never met any writer, myself included, who had too quick a trigger finger. We always hang on too tight. It’s not healthy.

2. A CULLS file protects me from losing any nuggets of brilliance.

The great thing about a CULLS file (combined with the “Command F” search capacity) is you can streamline your working file without permanently losing any gem you might need later. You can always find that beauty and call it back from Siberia.

How do I decide which stuff to un-cut? The unconscious decides for me. I’ll be shaving or driving on the freeway and a voice will speak up: “Remember that part where the dog bites the football? Let’s bring that back.”

1. The file is always longer than the book. Don’t ask me why. It seems counterintuitive. But it’s true, at least for me. I’m working on a manuscript right now that’s 194 single-spaced pages. The CULLS file is 263.

2. I’ll almost never bring something back from the CULLS file. Out of 250 pages, I’ll retrieve maybe thirty or forty lines.

A couple of years ago I was reading a friend’s (published) book. Much as I wanted to, I couldn’t get through it. Why? Because it was half again as long as it should have been.

Each redundant phrase, every superfluous sentence was like a tree branch that snaps back in your face as you’re hiking through the woods. What did my friend need? He needed a CULLS file and the will to use it.