7 Rules for Using Your Real Life in Fiction

Today we start a multi-part series on using your real life in fiction. The example I’m going to use is my own newest novel, The Knowledge. We’ll bounce back and forth from story principles in the abstract to how these concepts were applied in The Knowledge. 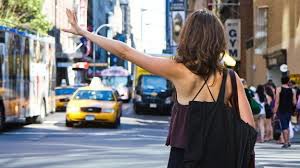 I’m gonna put up a new post every Mon-Wed-Fri, just for this series. Hopefully we’ll run through Christmas.

If you have any questions, please feel free to write them in to the Comments section below. I’ll answer them as best I can.

Let’s start with what was honest-to-God, real-life true in The Knowledge:

In truth, I was driving a cab in New York City. I was broke. It was a high-crime period. I was finishing my third novel (all unpublished and unpublishable so far).

I had committed a terrible crime against my wife, which had broken up our marriage. I was desperate to redeem myself, both in her eyes and my own. I had become fixated on the idea that getting this new book published would, if not atone for what I had done, at least prove to my wife (and maybe to me too) that I wasn’t the bum and the loser that she thought I was.

That’s the set-up. That’s the real-life, exterior and interior foundation of the story.

The All Is Lost moment (again, in real-life) was me finishing the book and it failing to find a publisher. In other words, that’s the crash-and-burn moment at the climax of the true-life story. The Epiphanal moment is me deciding to pack up and move to L.A. to try to find work writing for the movies.

(This move, as it turned out, succeeded. It was the decision that made me a writer for real and put me on the path I’ve been on ever since.)

Still with me? To repeat, the above is the real-life narrative that I began with, about eighteen months ago, when I decided to write this story as a novel.

[By the way, if you haven’t ordered The Knowledge yet, please do. I know it’s tempting to tell yourself, “Oh, I’ll just follow along in these posts.” But trust me, you’ll get ten times more out of these if you can follow along in the book.]

The first thing I knew, assessing the true-life story elements described above, was that they weren’t enough for a novel.

They were too boring.

Maybe Henry James could do it, but I sure couldn’t.

I knew right away that I had to, as they say in England, tart this material up.

I had to fictionalize.

The question was how.

Before I address these questions, a short digression:

The Notebook tells how Coppola, starting with Mario Puzo’s novel, put together the screenplay and screen story that would become the movie, “The Godfather.”

Coppola had the exact opposite problem I had. He already had the jazzed-up story. He had Mario Puzo’s novel, which was a runaway bestseller. sensation-of-the-decade. Coppola’s issue was how to inform that material with his own sensitivity, to bring his own real-life instincts and genius to it.

Francis Ford Coppola comes from a family of artists and musicians. Like the Corleones, it was a close-knit, ambitious, high-achieving, multi-generational, immigrant Italian-American family.

Imagine for a moment that Coppola had the idea to write a novel about his real family. He might have come to the same conclusion I did about my own real-life material. It’s too ordinary, too boring, not enough drama, etc.

Then (let’s keep imagining) he is seized with an inspiration:

I’ll tell my family’s story. Except I’ll make them a gangster family.

See what I’m getting at?

With that single (imagined) stroke of fictionalization, our hypothetical Francis Ford Coppola has made his real-life family story a blockbuster.

In essence, that’s exactly what David Chase did with The Sopranos.

The Sopranos is basically the story of an upwardly-mobile American family with issues around fidelity, child-rearing, and general panic-attack/freak-out red-white-and-blue angst. What made The Sopranos great was the translation of that universal American family anxiety into the world of gangland crime and murder.

Which brings us to the first principle of using your own life in fiction:

Is your interior story about being trapped, held captive, imprisoned in some doomed stasis?

Consider telling it as a prison story.

Too much? Then ask yourself, How can I heighten the reality of my story? How can I raise the stakes?

How can I make the internal external?

Here’s what I did in The Knowledge:

I built a parallel redemption tale on top of the real-life interior “How can I redeem myself?” narrative of my own life. Then I wove the two stories together.

My real-life boss at the taxi company was rumored to have a suspicious past. Word around the shop was that he was into all kinds of shady (and maybe-worse-than-shady) activities.

Considering how to structure The Knowledge, I said to myself,

“Let’s have Bablik’s interior story be one of redemption as well. Let’s make his inner life a parallel for Stretch’s, only on a much more heightened, higher-stakes level. Life and death. Bullets. Murder.”

“Let’s have a deep, unlikely, and unexpected bond develop between Bablik and Stretch. Let’s have them come to care profoundly for each other, so that the self-sacrifice of one can mean liberation for the other.”

In other words, I stole the emotional dynamic of Woody Allen’s “Crimes and Misdemeanors.” Do you remember the story? It’s a parallel saga of Woody Allen’s character, a failing film documentarian trying to woo Mia Farrow away from TV big-shot Alan Alda–and Martin Landau, a successful ophthamologist who contracts for the murder of the nutty woman he fell into an affair with, Angelica Huston. One story informs the other. The two work as one.

We’ll get into this deeper in the next post. But as a quick flash-forward, here are the seven principles of using your real life in fiction:

[At the risk of repeating myself, please order The Knowledge if you haven’t already, and read it. It will make these posts ten times more productive.]