One of our earlier posts in this series on the Professional Mindset was called “You, Inc.” It observed that many Hollywood screenwriters (including me) find it useful to incorporate themselves. 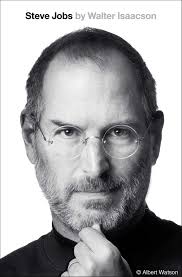 These writers don’t perform their labors as themselves but as “loan-outs” from their one-man or one-woman corporations. Their contracts are “f/s/o”—for services of—themselves.

I’m a big fan of this way of operating. Not so much for the financial or legal benefits, which really aren’t particularly significant, but for the mindset this style of working promotes.

If you and I are a corporation, we’ve gotta get our act together.

Amateur hour is over for us.

We’re competing now (in our minds at least) against Google and Apple and Twentieth-Century Fox.

We’ve got to be as focused and as organized as they are. We need a vision for our enterprise. We need discipline, we need dedication, we need tenacity.

In other words we need a culture.

Apple has a culture. Steve Jobs inculcated it.

The New England Patriots have a culture. It came from Bill Bellichick and Robert Kraft and Tom Brady.

Twyla Tharp’s got one. We know it from her book, The Creative Habit. We know that she gets up at five-thirty in the morning, catches a cab outside her Manhattan home, and heads to the Pumping Iron Gym on East 91st Street, where she stretches and works out for two hours. After that she heads to her dance studio, where she works all day on whatever show or piece of choreography she has been inspired with for that season.

I don’t know what Stephen King’s culture is, but I know he works every day including Christmas and his birthday.

A few years ago the L.A. Times interviewed a sample of movie writers, asking them about their work habits and routines. The one thing I remember from the article is that three of the writers said they worked in their cars—and one said he worked while the car was moving.

I applaud the guy.

He’s got a culture.

A culture does a number of things for you and me.

First, it establishes a level of effort.

How hard do we imagine Steve Jobs worked?

A culture establishes a standard of quality below which we within the culture will not let ourselves fall.

What level does Toni Morrison operate at?

A culture lays out standards of ethics.

What level of chicanery will Seth Godin tolerate?

But most of all a culture gives us a vision for the future.

When a new coach is hired for an athletic team or a new CEO comes on board at a company, his or her first and most primary objective is to establish a winning mindset.

She banishes laziness and tentativeness. She elevates the level of commitment. She gets her players to buy in to a vision whose object is to produce victory (or success), if not immediately then over time.

A culture establishes a style—a way of working that most expresses our natural bent and gives us the best chance to be who we are and to produce the stuff that is most uniquely our own. At IBM in the fifties that meant white shirts and black ties. At Facebook today it’s T-shirts and sneakers (at least I think it is; I’ve never been inside Facebook).

I have my own personal culture. Some people think it’s a little crazy. I do myself sometimes. But I’ve evolved it over the years (or maybe I should say it has evolved me). It works. It works for me.