Every Villain is a Metaphor for Resistance 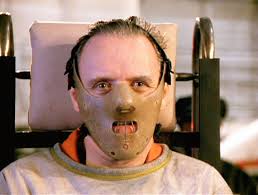 Compared to Resistance, this dude is a pussycat

They and every other villain in myth and literature (and real life) are metaphors for Resistance.

Resistance is the universal and ultimate villain.

Consider how this monster was described in The War of Art.

It is self-generated and self-perpetuated.

Resistance has no conscience. [It] is always lying and always full of shit.

It cannot be reasoned with. It is an engine of destruction … implacable, intractable, indefatigable. Reduce it to a single cell and that cell will continue to attack.

It doesn’t know who you are and it doesn’t care. Resistance is a force of nature.

Resistance’s goal is not to wound or disable. It aims to kill. Its target is the epicenter of our being, our genius, our soul. When we fight Resistance, we are in a war to the death.

The reader or moviegoer doesn’t have to be aware of the concept of Resistance to feel its echoes in Freddy Krueger and Leatherface and the Zombie Apocalypse, not to mention our friends the Alien, the shark in Jaws, and the Terminator.

The human heart looks in Hannibal Lecter’s eyes and recognizes the ultimate nemesis within its own chambers.

Write a villain that is as evil as Resistance (and shares as many of its specific qualities as possible) and you will be more than halfway to penning something spectacular.