Give a Star a Star Speech

Actors will admit it, if you ask: the first time they read a script, some part of them is scanning it for a great speech they can deliver.

It’s our job as writers, yours and mine, to give that star a star speech.

A star speech can be long.

I believe in the small of a woman’s back, the hanging curveball, high fiber, good Scotch … I believe that the novels of Susan Sontag are self-indulgent overrated crap. I believe Lee Harvey Oswald acted alone. I believe there should be a constitutional amendment outlawing Astroturf and the designated hitter. I believe in the sweet spot, soft-core pornography, opening your presents Christmas morning rather than Christmas eve and I believe in long, slow, deep, soft, wet kisses that last three days.”

It can be a soliloquy.

A star speech can also be short.

A star speech doesn’t even have to be spoken by the star.

“I’ll have what she’s having.” 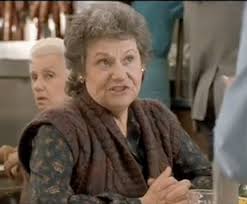 “I ate his liver with some fava beans and a nice chianti.”

I know, I know. It ain’t easy to deliver lines like these on demand. I’ll bet the writers on Sudden Impact filled page after yellow page with candidates, answering Clint Eastwood’s directive, “Gimme a line people are gonna remember.” (Or, who knows, maybe Make my day appeared in the script organically.)

In any event, we want that line.

Our star wants it.

The audience/readers want it. 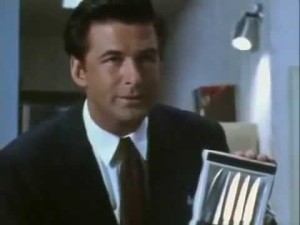 Oh, did I mention? Every one of these lines and speeches is on-theme.