Resistance at the Ph.D. Level

Continuing our “reports from the trenches,” let me flash back briefly to last week’s post with the aim of setting today’s piece—Report #2—in a relatable time context. 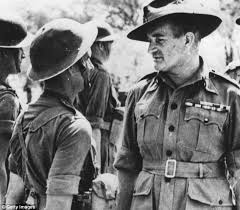 The plot so far:

Same day: I go into shock.

Two weeks later: I summon the courage to read Shawn’s notes again. I succumb to shock a second time (though not quite as badly.)

Two days after that: I begin to actually grasp what Shawn is trying to communicate.

Fast-forward to today, July 10. I have outlined (new) Draft #11 in detailed, scene-by-scene form. I’m about halfway through the next pass of actually writing it.

Projection into future: Another five weeks to finish Draft #11. Will need at least two more drafts after that. Then send again to Shawn.

I wrote half-jokingly in last week’s post that this experience has had a heavy Kubler-Ross feel to it.

For sure I’ve been going through the stages of grief: denial, anger, bargaining, depression. The objective has been to get to the final stage—acceptance.

Acceptance meaning the ability to read Shawn’s notes objectively (or as objectively as possible) and respond to them like a professional, i.e. without ego, without defensiveness, without laziness or short-cut-itis.

How can I decide which of Shawn’s eight points I agree with and which I don’t?

This is Resistance at the Ph.D. level.

In other words, my ego/self-protectiveness/laziness/pride etc. is rejecting EVERYTHING Shawn is suggesting or proposing. Reading his notes for the first, and even the second time, I literally could not understand them. Not because Shawn hadn’t expressed himself with absolute clarity. He had. But just because the blow was too severe. It was a Mike Tyson shot to the solar plexus.

Yet I knew, in some hazy part of my brain, that Shawn’s notes were right. I trust him absolutely. I’ve seen him be right, over and over. He knows his shit, and he knows my shit.

Shawn’s notes are on the money, I’m certain. At least some of them. Probably most of them.

Problem: How do I come back from the fetal position and shake off that defensive armor of self-protection?

Because Resistance, bank on it, is loving every minute of this.

Resistance wants me to crumble.

Resistance wants me to deny, to dissent, to defend.

How do I defeat this diabolical entity?

Here are two things I did:

These stories will turn your hair white. The poor writer (and I can empathize completely, believe me) goes into shock/denial/defiance/rationalization. He fights back. He scorns his editor’s input. He stomps his feet, he digs in his heels. He refuses to make the changes.

I’m telling myself this. I’m scaring myself straight.

Which of Shawn’s points do you agree with? Don’t just be tough on yourself, be tough on him. He’s human. He’s fallible. He can be wrong.

Trust your instincts, Steve. This is your book. Only you and your Muse can carry it to completion.

What do you think?

Which points do you agree with?

If Writer #1 can’t lick this script, fire him and bring in Writer #2.

I said to myself, “Steve, you’re fired.”

Thanks a lot, buddy, you took the story as far as you could. Now step aside. We’re bringing in Steve #2.

I told myself, “Steve, you’re hired.”

Welcome aboard, Big Guy. Here, read this piece of crap we just got in from Steve #1. Tear it apart if you have to. Just make it work.

I became Steve #2. (There may be a Steve #3 and #4 lurking to replace me when I screw the pooch too, but for now let’s put that out of our minds.)

First, he starts with a clean slate.

It’s not his fault that this project is all bolloxed up.

He’s the pro from Dover.

Steve #2 will come in, sew this mess up, and get it back on his feet.

Sometimes you and I as writers have to play mind games with ourselves. We have to find a way to gain perspective, to seed ourselves with patience. I’m reading a terrific book now called Defeat Into Victory by Field Marshall Viscount William Slim. It’s a true memoir of the war in Burma, 1942-45, against the Japanese. The part of the book I’m reading now is the Defeat part. General Slim and the allies are getting their butts kicked.

This is warfare at the Ph.D. level, as my friend Major Jim Gant says. It’s a dead ringer for our struggles as writers, yours and mine, when we receive and must absorb brave, insightful, constructive (but devastating) feedback on our work.

Next week we’ll get into specifics on this process of rallying back. I’m making it up as I go along. I’ll keep reporting to you, as long you think it’s helpful. Lemme know, please. It helps.

P.S. General Slim and his soldiers did stop the bleeding (after first losing all of Burma) and did, eventually, fight back and turn defeat into victory.