Last Report from the Trenches

My sense is that maybe it’s time to dial down our “Reports from the Trenches.” 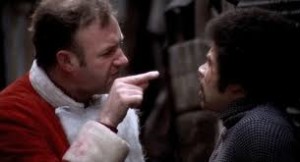 “You picked your feet in Poughkeepsie!”

The big takeaway of the series actually came in the first week:

Even long-time successful writers crash and burn. It happens to me just like it happens to everybody.

I hope the follow-up posts have been helpful. But my sense is that we may have reached the point of diminishing returns. The last thing I want to do is bore anybody.

Lemme try to wrap up today with a quick “lessons learned” post.

Aside from the acknowledgment that EVERY WRITER screws up and EVERY ARTIST sometimes has to go back to Square One, I reprise here three tricks of the trade from previous posts in this series.

The object of all three is to GET AT THE STORY, when the story is hiding from us and remains half-buried like a dinosaur fossil.

I’ve been using all three techniques myself throughout the process I’ve been reporting on from the trenches. They all work. They all help.

If we’re writing The French Connection and the story is stuck, there’s no shame in pulling out “Conventions of the Police Procedural” (ah, if only there were such a book!) and following this precept:

You must have at least one foot chase.

Bingo! How about having Popeye Doyle and his partner Cloudy chase a dope dealer through New York’s mean streets—and for a giggle have Popeye (Gene Hackman) wearing a Santa Claus suit? The cops run down the dude in a vacant lot and pin him against a wall.

Still picking your feet in Poughkeepsie?

Don’t lie to me! You were in Poughkeepsie, you sat down

on the edge of the bed. You took off your shoes and you

Whatever you say, man!

I know, I know. It’s formula. But it helps. It gives us a great scene. It displays Popeye’s wild and crazy charisma. And when the dealer reveals in the climactic beat that a new shipment of heroin is coming into the city soon, this new scene advances the story.

Zero in on our stalled story. Ask the questions Aristotle (or Shawn) would ask:

What is the theme? Does the hero embody it?

Does the villain embody the counter-theme?

Does every character represent something greater than him or herself?

Do all supporting characters embody aspects of the theme?

Do hero and villain clash in the climax over the issue of the theme? 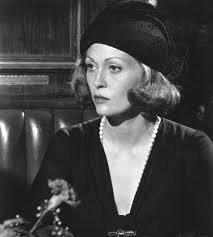 Yeah, yeah … this stuff is elementary, I know. But out of this exercise can come

(The theme: unspeakable evil lies just beneath the placid surface of society, invisible to us all until it is exposed.)

You won’t keep them all. But explore the possibilities. Speck out a scene (or more) between Tyrion and Cersei, between Sansa Stark and Cersei, between Daenerys and Jon Snow. How about one between the Night King and a dragon? (If one of the characters is dead, don’t let that stop you. Use his or her ghost. Have the character appear in a flashback. Or have the scene happen in a dream.)

The three techniques above are some I’ve been using myself during this “Reports from the Trenches” period to bust up the story logjam in my brain.

If one of them produces even one good scene, the technique is a winner. Because that scene may lead to another, or something a character says or does may shed light on their dilemma and open up new scenes and sequences to come.

One last thought before putting this series to bed:

Any and all of these techniques can be used when we’re STARTING a story or just working it out in our heads. We don’t have to wait till the tale implodes before using them.

Good luck to all of us!