I’m re-reading one of my favorite books on writing, Blake Snyder’s Save the Cat! Goes To the Movies.

Blake Snyder (who died tragically at age 51 in 2009) was a screenwriter who did a lot of thinking about what makes a story work and what makes it not work. His first book, Save the Cat!, is a classic. 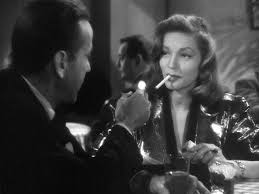 Bogey and Bacall in “The Big Sleep”

One of Blake Snyder’s writer-friendly inventions is what he called “BS2,” the Blake Snyder Beat Sheet.

I’ve been thinking about this a lot in the light of my ongoing “Reports from the Trenches” struggles.

What am I learning through this process of rebuilding a story that has crashed?

How can I help others in the same straits?

When you and I say that we “write instinctively,” what we mean is we trust our gut. That’s how we shape and flesh out our story. We might feel something like, “The story should be told by Character X, and not in memory but in the present.” Or, “Something’s missing in the middle. We need more with Characters Y and Z.”

What Blake Snyder was trying to do with his Beat Sheet (and what any good editor does, or what I myself am trying to do now with my Trenches project) is to formulize that process. Blake read a million novels and watched a million movies, and he concluded that the ones that work all follow certain timeless story principles or guidelines. 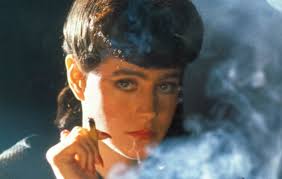 All stories that work have a similar shape, Blake believed. The specific one you or I might be working on at the moment will have its own unique shape. But it will cohere, in pretty predictable fashion, around the perennial “beats” of a narrative structure that has existed since our days of telling stories around the fire in the cave.

Every story fits into a genre and every genre has conventions.

Here’s one I learned (I never knew this before) over the past five and half months beating my head against the wall on my police procedural/supernatural thriller.

The above convention helped me enormously in reworking the story I was stuck on. I applied it and it worked.

What exactly do I mean by “the female carries the mystery?”

I mean that in a traditional detective story (which is what a police procedural is, even it’s set in the future like Blade Runner or Blade Runner 2049), the detective protagonist is usually following three threads as he drives the narrative forward:

There’s always a woman, and the woman always has a secret.

The female can be a femme fatale or a damsel in distress.

But the bottom line for the male detective/cop/lover is

Unravel the woman’s secret (“She’s my sister, she’s my daughter!”) and you solve the crime.

What I’m trying to say is that genre matters.

The story principles that work in other stories will work in yours and mine too.

Maybe the reason ours is not working is that we’re either violating a convention or we don’t even know it exists and so we’ve left it out.

I like the way Blake Snyder thinks because he looks to timeless storytelling principles and tries not to ignore them or to blow them off but to respect them and enlist them in our own story’s cause.

I haven’t seen Blade Runner 2049 yet, but for sure the female’s secret in the 1982 original (Rachel [Sean Young] is a replicant and in desperate need of help because of that) is central to that plot and to Rick Deckard’s (Harrison Ford) actions throughout.