The Villain Believes in "Reality"

It seems like a long time ago—pre-Trump, pre-Obama—but I remember vividly when Vice President Dick Cheney declared in the wake of 9/11 that to counter the threat of terrorism the U.S. was now going to have to start “working the dark side.” 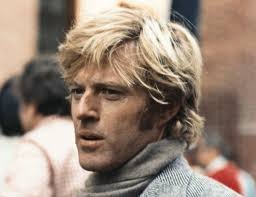 Robert Redford in “Three Days of the Condor”

Cheney articulated this thought with barely-suppressed glee. I remember thinking at the time, “Wow, this guy is the ultimate movie villain,” not just because he was expressing a classic Dr. No/Dr. Evil/Dr. Strangelove sentiment but because his point of view contains more than a modicum of truth.

I’ve always wished that Dick Cheney would write a book. Not the typical self-serving, bullshit politician’s book but a straight-ahead, from-the-heart articulation of his brass-knuckles worldview.

Why? Because that worldview contains a lot of truth.

We should hear it.

We as Americans should debate it.

What I’m getting at is the “this is reality” school of villainy.

In Three Days of the Condor, Cliff Robertson plays senior CIA officer J. Higgins whose secret war plan for the U.S. to invade Saudi Arabia and capture its oil fields has been exposed by the movie’s hero, Joseph Turner (Robert Redford).

Does Cliff react with regret or shame over his nefarious deeds? (His operatives have also murdered seven Americans to cover up their scheme). Hell no. He doubles down.

It’s simple economics. Today it’s oil, right? In ten or fifteen years, food. Plutonium. Maybe even sooner. Now, what do you think the people are gonna want us to do then?

Boy, have you found a home.

Cliff remains unfazed. His position: “This is Reality. This is the way the world works. Only sentimentalists and weak-minded dreamers believe otherwise.”

How many villain speeches have begun with this phrase:

How about his exchange from an interview between Bill O’Reilly and Donald Trump? O’Reilly was questioning Trump’s often-stated admiration for Russian president Vladimir Putin.

But he’s a killer!

There are a lot of killers. You think our country’s so innocent?

Villains love “reality,” i.e. the hardball view of the world, which declares that human nature is inherently evil, that left to their own devices people will always choose the selfish, the vain, and the expedient.

It is their role, the villains claim, to counter humanity’s innate wickedness. They will take it upon themselves to act preemptively to quash this evil for the greater good of the slumbering masses. Here’s Jack Nicholson, from Aaron Sorkin’s A Few Good Men:

Son, we live in a world that has walls, and those walls have to be guarded by men with guns. Who’s gonna do it? You? I have a greater responsibility than you could possibly fathom. You weep for Santiago, and you curse the Marines. You have that luxury. You have the luxury of not knowing what I know. That Santiago’s death, while tragic, probably saved lives. And my existence, while grotesque and incomprehensible to you, saves lives. You don’t want the truth because deep down in places you don’t talk about at parties, you want me on that wall, you need me on that wall. We use words like honor, code, loyalty. We use these words as the backbone of a life spent defending something. You use them as a punchline. I have neither the time nor the inclination to explain myself to a man who rises and sleeps under the blanket of the very freedom that I provide, and then questions the manner in which I provide it. I would rather you just said thank you, and went on your way, Otherwise, I suggest you pick up a weapon, and stand a post. Either way, I don’t give a damn what you think you are entitled to.

Remember what we said in an earlier post, that the villain doesn’t think he’s the villain?

To these “reality villains,” the believer in progress or human good is a self-deluded fool. Worse, he is a clear and present danger to the survival of the greater clan/community/nation.

Is there truth to this?

Does the arc of the moral universe bend toward justice, as Martin Luther King said?

Or was MLK, for all his greatness, deluding himself and the world with a dream that, however brave and kind and noble, will, given the reality of human nature, never come true?

Reality to a reality-villain is always zero-sum, dog-eat-dog. It is the world described by Thomas Hobbes in his book, Leviathan, where life without an externally-ordered structure would be

Is he or she who believes this a villain or a hero?