The Villain is Not Always a Person

Or even a creature. 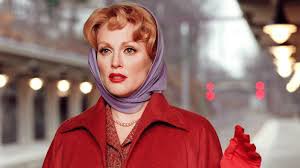 Sometimes the villain is entirely inside the characters’ (almost always the protagonist’s) head.

The villain can be a fear, an obsession, a desire, a dream, a conception of reality, an idea of what “the truth” really is.

The villain in Blade Runner 1978 would seem at first glance to be the replicants, Roy Batty (Rutger Hauer) and his team of Leon (Brion James) and Pris (Daryl Hannah), who have escaped off-world and come to Earth sowing destruction. But the real villain is an idea—the conception of creating faux-human slave labor.

The replicants are actually the innocent victims of this idea, which in fact has been deemed by the world to be brilliant, epochal, even salvational, and whose progenitor, Eldon Tyrell of the Tyrell Corporation, is universally lauded for his genius in conceiving such a notion.

But a slave by another name is still a slave, and the idea of creating soul-less, expendable creatures whose only purpose is to do the dirty work of the greater society (no matter how exceptional or beautiful these creatures may be) is still evil.

The villain in Blade Runner 2049 is another idea—the idea of the willing acceptance of one’s role as a soul-less cog in a greater machine.

Often these “idea villains” are embodied and personified by human or creature antagonists who have actual physical being in the story. In David O. Russell’s The Fighter, the idea-villain—the self-sabotage of the individual of talent and destiny (in this case Mark Wahlberg’s character of Micky Ward, “the fighter”—is personified by his family of mother, brother, and seven sisters. They’re undermining him and sabotaging his career at every turn.

But the deep villain resides in Mark’s own head, as it does in K’s (Ryan Gosling) in Blade Runner 2049 and in Nat Turner’s (Nate Parker) in Birth of a Nation.

In other words the villain in these stories is not sabotage, but self-sabotage.

The hero is enslaving himself by his own belief.

The turning point in all such stories is the moment when the protagonist snaps out of it and says to him or herself, “I am in control of my own destiny. I will no longer believe the lies that others have told me about myself and that I have abetted by repeating them and believing them in my own heart.”

In Todd Haynes’ Far From Heaven, the villain is 1950s suburban-American conformity. The hero is Cathy Whitaker (Julianne Moore) who believes at the story’s start that she is one of the lucky ones, blessed with a handsome, successful husband whom she loves and who loves her, a beautiful family, wonderful friends, and a perfect, secure life in a prosperous, upwardly mobile community.

Suburban conformity is a great villain, not only because it is internal—existing entirely, as it does, in our heroine’s psyche as well as within the community—but also because it’s invisible. Julianne has no idea that this idea is evil. She believes in it like Stalinists believed in the Workers’ Paradise. To her it is the universally-desired state of being, i.e., what every human on Earth would aspire to if they had the chance. In Julianne’s mind, at the story’s start, she is living the American dream, and her family embodies this fantasy perfectly.

By movie’s end of course Julianne will have lost husband, friends, community, as well as her self-conception and self-assurance as a secure, happy wife and mother. The movie’s final image is Julianne with young kids in tow, driving off in her station wagon into a totally unknown (and probably for quite a while desperate) future.

This is a happy ending. Why? Because Julianne has emancipated herself, however excruciatingly, from this villain that is only an idea.

She has seen it for what it is and seen through it.

This act puts Julianne light-years ahead of her self-enslaved neighbors/replicants/Stepford wives in Suburban Hell who are still “living the dream.”

We said in an earlier chapter that

What this means is that the ultimate antagonist is not a man-eating shark or a monster from space. It is an idea carried in our own heads (we’re the heroes, remember, of our own lives) and as invisible to us as Julianne’s and K’s and Nat Turner’s self-enslavement was to them before they woke up.

The turning point for us too comes when we see through the Wizard’s curtain and reject this idea once and for all.