The Villain Wants the McGuffin

“McGuffin” is a term primarily associated with movies (Alfred Hitchcock is usually credited with inventing—or naming—it), but the concept applies with equal effectiveness to prose fiction and even nonfiction. 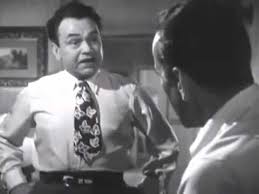 The McGuffin is what the villain wants.

The granddaddy of McGuffins is the Holy Grail in Arthurian legend. Closer to home it’s the letters of transit in Casablanca, the suitcase in Pulp Fiction, the Maltese Falcon, the Ark of the Covenant. R2D2 is the McGuffin in Star Wars, according to George Lucas.

Here’s the McGuffin’s origin story from a 1966 interview with Hitchcock by Francois Truffaut (also explained by Hitch in a 1939 lecture at Columbia University):

“It might be a Scottish name, taken from a story about two men in a train. One man says, ‘What’s that package up there in the baggage rack?’ And the other answers, ‘Oh that’s a McGuffin.’ The first one asks ‘What’s a McGuffin?’ ‘Well’ the other man says, ‘It’s an apparatus for trapping lions in the Scottish Highlands.’ The first man says, ‘But there are no lions in the Scottish Highlands,’ and the other one answers ‘Well, then that’s no McGuffin!’ So you see, a McGuffin is nothing at all.”

Let’s dig a little deeper into this device and see what light it can shed on the nature of villainy in any story.

We said in several earlier posts that

Only the hero changes. We quoted a wise old Hollywood producer:

“If the villain could change, he’d be the hero.”

This idea takes us straight back to the nature of the McGuffin. Remember Hitchcock’s final thought in his definition:

“So you see, a McGuffin is nothing at all.”

It doesn’t matter what the McGuffin is. All that matters is that the villain wants it.

Or another, possibly deeper way:

The ideal McGuffin is one that is deliberately meaningless or even silly. Because this makes the point that the villain’s greed and covetousness is everything.

Did you ever see Key Largo, starring Humphrey Bogart and Lauren Bacall (directed by John Huston and written by Huston and Richard Brooks) with a great Edward G. Robinson as the gangster “Johnnie Rocco?” Rocco is on the run with his gang of cutthroats, hiding out while he waits for a contact from Miami and a boat to Cuba. An approaching hurricane maroons the bad guys in the Hotel Largo (an ideal confined space for a drama), where they live out a long, fraught night with several denizens of the establishment including Ms. Bacall and Bogey as Frank McCloud, a recently discharged WWII major who chances to be in Key Largo visiting the family of a comrade killed in the war.

In the movie’s most memorable scene, one of the captives, in distress at the seeming senselessness of Rocco’s greed and villainy, demands of the gangster, “What is it you want?”

For a moment Rocco is non-plussed. He can’t come up with an answer.

Bogey as Maj. McCloud offers to supply it.

I’ll tell you what he wants.

Go ahead, soldier. Tell him.

For a moment the gangster seems almost insulted by this. Then he slaps his thigh and laughs.

The villain, in other words, barely even knows what he wants.

The Alien wants to feed and kill. So does the shark in Jaws or the Thing in The Thing. Or the pods from space in Invasion of the Body Snatchers.

Zombies want to eat your brain. Viruses want to contaminate you. The creature in the Species series wants to mate with you and mutate.

The point of Hitchcock’s McGuffin—that its content is essentially meaningless, that all that matters is that it be an object of desire—is to illustrate the nature of villainy and evil itself.

Villainy’s object is molecular, cellular, visceral. It seeks only to dominate and to self-perpetuate. Nothing grander. Nothing more meaningful.

The villain wants the McGuffin.