Write What You Don’t Know

The classic axiom cited to young writers starting out is

Write what you know. 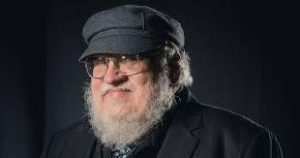 Makes sense, right? If you’ve just returned from sailing alone around the world, write that story. If you’re a surgeon, a single mom, an opioid survivor … write about that.

Write what you know.

My theory is a little different. Like the other principles in this series, it’s counter-intuitive. It doesn’t seem to make sense.

But, as we’ve seen, sometimes sense is nonsense.

Logic and rationality rarely jibe with the unknowable intangibles of creativity.

My mantra for myself is

When I started Gates of Fire, I knew absolutely nothing about the ancient Spartans. (Okay, maybe a little.) Same with Last of the Amazons. Same with Killing Rommel.

Even The War of Art was a flyer for me.

Here’s what happens when you write what you don’t know.

The Muse enters the picture.

Consider Game of Thrones, or its literary progenitor from George R.R. Martin, A Song of Ice and Fire.

We peck out one word: Westeros.

Add a family name: the Lannisters.

George R.R. may have been versed in pre-medieval English history and literature (and that certainly would have helped) but, my goodness, didn’t the Muse plunge in for him and light up the board?

There was no way George R.R. could “know” Cersei Lannister or Jon Snow or Tyrion Lannister. The novelist and the filmmakers had to kiss caution goodbye and let their imaginations take flight.

The result has held millions spellbound for almost a decade.

When we write what we don’t know, we have no choice but to surrender control.

Good things happen when we do that.

When we write what we don’t know, we station ourselves at the interface between the known and the unknown.

That is a place of wizardry.

A place of power.

Forces far beyond our ken are summoned to this power point by our need and our will and our aspiration and our intention. Inspiration appears. The unborn and the unexpected step forth. Speeches pop from our characters’ mouths that we could not have written if we’d toiled all night or all winter. Our princesses acquire a wardrobe, an arsenal, even a language never before seen.

How does this happen?

It’s not us, that’s for sure. Or if it is us, we’re helping only a little.

There’s a word for this process.

It happens, always, when we write what we don’t know.