The Villain Has No Empathy

“Empathy” is a term much in the news these days. It means of course that capacity of imagination that allows one person to feel another’s pain and to identify with, or even act in sympathy with, that other person.

If you and I as writers want to create a memorable villain, we will banish that capacity from our Bad Guy’s character. 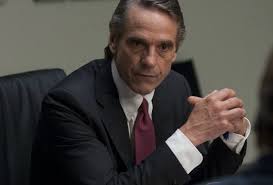 The Alien feels no empathy.

The Predator feels no empathy.

The pods in Invasion of the Body Snatchers feel no empathy.

Each acts only in its own self-interest.

Margin Call is one of my favorite movies of the past few years. Its villain, Wall Street CEO John Tuld (Jeremy Irons) is about as perfectly realized a villain as it is possible to create. (Kudos to Mr. Irons and to writer and director J.C. Chandor).

Here is Tuld in a scene with Sales Manager Sam Rogers (Kevin Spacey) justifying ruining thousands of his firm’s clients, not to mention tanking the entire global economy, by unloading under false pretenses a few zillion dollars in worthless securities.

But, John, if you do this, you will kill the market for years. It’s over. And you’re selling something that you know has no value.

The villain operates by a Hobbesian, zero-sum code. This code’s highest value is survival. If others must die so that the villain will live, so be it.

The villain looks out for Number One. 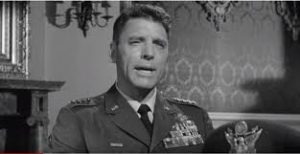 Burt Lancaster as Gen. James Mattoon Scott in “Seven Days in May”

A political villain like the Dick Cheney character (Christian Bale) in Vice or Chairman of the Joint Chiefs Gen. James Mattoon Scott (Burt Lancaster) in Seven Days in May may be acting for the survival of his country but only in the sense that he identifies so totally with his country that he might as well be the nation himself.

Beyond the imperative of self-preservation however lies the moral justification that the villain cites to legitimize his lack of empathy for others.

They are less than human.

They are a liability to the greater community.

They are a threat to him personally.

In Stanley Kubrick’s Paths of Glory, WWI French general Mireau (George Macready) congratulates his superior General Broulard (Adolphe Menjou) on the “success” of the execution by firing squad of three innocent soldiers to cover up his own cowardice.

I’m awfully glad you could be there, George. This sort of thing is always rather grim.

But this had splendor, don’t you think?

I have never seen an affair of this sort handled any better. The men died wonderfully. There’s always that chance that one will do something that will leave everyone with a bad taste.

Like the Night King in Game of Thrones or the shark in Jaws, the Villain has one priority only—his own survival and his victory over his enemies. Everything and everyone else is strictly collateral damage.