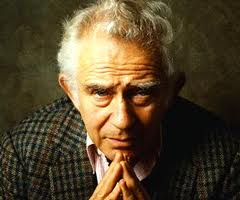 (I’ve addressed this issue before in a post, “On Becoming More of a [email protected]#k,” and another called “An Ask Too Far.”)