One of the things you learn writing fiction is to think in metaphors.

Yeah, he's Jake. But what does he represent?

The first draft of any novel or screenplay usually spills forth in blissful cluelessness. You tell yourself, I’m writing a detective story, or a Western, or some crazy genre that I don’t even know the name of. Then comes Draft #2 and you have to ask yourself, “What the hell is this thing about?”

That’s when metaphor comes in.

It took me a long time to learn this, and a lot of people had to hammer me and my work pretty hard. Words like “shallow,” “slick” and ‘Yiddish theater” come to mind (the latter criticism I took as a compliment.)

What makes Chinatown more than a detective story? What takes Shane beyond being just a Western?

The answer is metaphor.

But all that changes when Robert Towne asks himself, “What does Jake Gittes represent? What is water (the L.A. River, Hollenbeck bridge, the lake where Hollis Mulwray takes his “girlfriend” boating) a metaphor for?

When the writer answers those questions—and revises his post-first-draft story accordingly—his material gains depth and power and universality. It stops being superficial and easy.

Who is Shane, beyond being a gunfighter who wanders into the middle of a range war? What does he stand for? 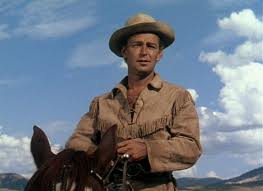 Alan Ladd as Shane, the Man With A Past, who wants to leave his past behind

The writer thinks in metaphors. Shane, he realizes, represents a Man With A Past who is trying to free himself from that past. In this case, he’s a gunman who has made the decision to hang up his guns. But he could be anybody. We in the audience understand that, even if we can’t articulate it. We have pasts too. We’ve made mistakes. We’re rooting for Shane.

When the climax of Act Three arrives and Alan Ladd straps on his six-shooter to face the villain Jack Palance, we know we are not watching another two-bit horse opera. We are witnessing tragedy.

The writer asks the hard question: What exactly is Shane’s dilemma?

When he finds the metaphor, the theme leaps into high relief and the drama achieves universality. Shane guns down Jack Palance and saves the sodbusters, but by so doing he expresses and acknowledges his own failure (and perhaps the emotional impossibility for all of us) to transcend his past.

A man’s gotta be what he is, Joey. He can’t break the mold. I tried, it didn’t work for me.

When author Jack Schaefer and screenwriter A.B. Guthrie, Jr. made their protagonist Shane confront a profound universal dilemma, they elevated the genre and created a drama that stands only a fraction below the great tragedies of the ancient Athenian stage. It’s still in my book the best Western ever made (with The Wild Bunch and High Noon close behind, for the same reasons.)

Thinking in metaphors applies to our real lives as well.

In psychotherapy we think in metaphors.

We think in metaphors in introspection and in the interpretation of dreams.

We think in metaphors in relationships.

If we were writers story-analyzing our own lives, we would ask ourselves, “What is this lover a metaphor for? What does this relationship represent to each participant?”

Of course we don’t do that. Not till the divorce or the post-mortems.

When we seek our own authenticity as artists or entrepreneurs, we may find metaphors repeating themselves in our lives. Like recurrent dreams, themes come back again and again.

Here’s one of mine. In Killing Rommel, I was drawn to, even compelled by, the romance and drama of a true historical military unit in the British army called the Long Range Desert Group. I loved the idea of a secret, highly mobile, lightly-armed “rat patrol” venturing hundreds of miles behind enemy lines across trackless wastes. Now, in a new book I’m working on, that same type of guerrilla activity is popping up again—and I’m just as fascinated by it as I was the first time.

I’m not sure. The desert clearly represents something to me. The idea of venturing deep into it has tremendous appeal, as well as evoking fear. My friend Matt is a trans-ocean sailor. What does the sea stand for to him? What is the wind? What is a sail, a mast, a keel? What does the voyage mean, and the harbor? 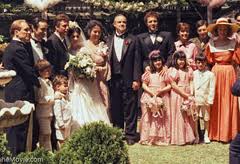 The cast of "The Godfather." Every character and every element represent something beyond themselves.

The first draft of anything we write (or paint or compose or film) is often like a dream. It’s loaded with unconscious metaphors. Why in the opening scene of The Godfather is Michael Corleone a Marine officer? What does heroin represent, when Sollozzo tries to get Vito Corleone to give it his blessing? What does the family represent? Mario Puzo and Francis Ford Coppola made all these elements work in the final product, but I will bet the ranch that they came to the writers first out of nowhere. Only later, in the rewrites, did the writers decode these components and re-jigger them into a coherent, theme-driven whole.

Our lives unfold in the moment as mysteries to us, as do our dreams and the works of art or would-be art that bubble up from depths we can’t access with our conscious minds. Why this movie and not that? Why that spouse and not this?

Metaphor and symbol are our only tools.

I’m constantly trying to understand my life. I pretend to myself that I control it, but at best I’m always a step behind. I’m trying to teach myself to think in metaphors.