Inside the All Is Lost Moment

We were talking last week about an All Is Lost Moment coming immediately before a Turning Pro moment. We cited Rocky, The Hangover and Big Night as examples. Sounds arcane, I know. Hang in with me. 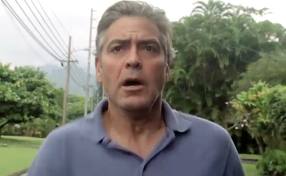 In a movie, the All Is Lost moment is that crisis (usually two-thirds to four-fifths of the way through the story) where the hero hits the wall. He has failed in all his efforts to attain his objective; he’s completely stuck. There’s no way out and no way forward.

In The Descendants, for example [screenplay by Alexander Payne and Nat Faxon & Jim Rash], the All Is Lost moment comes near the climax of the movie, in the ICU, when George Clooney’s character Matt King confronts his comatose wife (who had cheated on him and thus shattered Clooney’s belief in himself and his marriage—and then had the bad manners to get herself into a boat crash and wind up permanently comatose, so that Clooney can’t even get the satisfaction of hearing her side of the story, venting his rage, or even expressing his continuing love for her in a way to which she can respond.)

In this All Is Lost scene, Clooney’s character does all the aforementioned. But it’s a one-way street since his wife can’t answer—leaving him feeling cuckolded, alone, bereft, and a failure as a husband, a father, and a man.

The interesting question for you and me is, What is the critical component of this moment (and almost all other All Is Lost moments in life and in art)?

It’s the shattering of a cherished self-delusion.

The shattering of self-delusion is the bad news—and the good news. The bad news is that we have just crashed to earth. We have come to face to face with some excruciating truth about ourselves or our prospects, and we don’t know how to endure it. George Clooney’s character thought he was a good husband with a happy marriage and a healthy, well-balanced family. Now not only has this whole house of cards collapsed, but, worse, he realizes it was a delusion all along. His emotional response? “All is lost!”

In movies, the All Is Lost moment is always followed by a Breakthrough. The hero somehow reconciles the irreconcilable. The protagonist finds a way out of the impasse.

This is where it gets interesting.

Because the hero, in movies and in real life, doesn’t “win.”  The nature of his breakthrough is not that he (Rocky) kayoes the champ in the big fight. It’s not that Primo and Secondo (Big Night) miraculously turn their restaurant into a success. It’s not that George Clooney revives his wife, who thereupon declares her undying love and begs him for forgiveness. None of that happens.

What happens is the hero acknowledges the long-denied truth, finds the strength to accept it, and keeps on living/aspiring/loving.

I know I can’t beat Creed. But if I can just go the distance with him. No one’s never done that. If I’m still standing at the end of the fight, then I’m gonna know for the first time that I weren’t just another bum from the neighborhood.

Rocky has accepted the truth (he’s not gonna beat the champ; in fact, he’s probably going to get the crap pounded out of him by the champ) and he has answered the question, “What are you gonna do about it?”

“My name is _______ and I’m an alcoholic.” The reason all AA individual statements begin like this is to reinforce and acknowledge this component of the All Is Lost moment. The recovering alcoholic admits—to himself and to witnesses who understand his plight—that he has failed to master this specific weakness.

There is enormous power in such a confession, because it places our feet firmly on the ground. We have told the truth. We’re not lying to ourselves any more. We may still be screwed and still have the exact same problem we did ninety seconds ago, but at least we’re no longer deluding ourselves that we don’t have a problem.

Now comes the critical question: “What are we going to do about it?”

For the alcoholic, the answer is, “I’m going to stop drinking.”

For George Clooney in The Descendants, it’s simply, “I’m going to keep going—with my daughters—as a family, and I’m going to appreciate who I am, who they are, and what we still have together.”

The answer to “What are you going to do about it?” is the Breakthrough Moment.

The Breakthrough/Turning Pro Moment is an epiphany, and the nature of epiphanies is that they don’t solve the original problem. They acknowledge it and they change the frame of reference.

When we turn pro as artists or entrepreneurs, we do not achieve enlightenment. Nirvana still eludes us. We will not wake up tomorrow morning freed of our fears or our self-doubts or our Resistance. In some ways, these demons will be even worse because now we’re more excruciatingly aware of them.

But in the Breakthrough/Turning Pro moment we have changed everything, because we now see our problem for what it is and we see ourselves for who we are.

The Breakthrough/Turning Pro moment is a sadder-but-wiser event. We are humbled like Rocky, like Primo and Secondo, and like George Clooney. But that humbling has given us a priceless gift: the truth about our work and about ourselves. We might not know the answer yet, but at least we know the question:

“What are you going to do about it?”

Next week: How the “A” story and the “B” story coincide in the All Is Lost moment.