Since the publication of Turning Pro a month ago, I’ve been doing a lot of thinking about certain concepts in the book. One that keeps sticking in my head—and demanding deeper inspection—is the moment of turning pro. 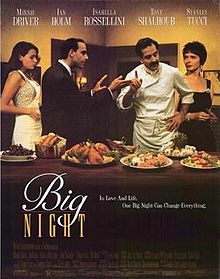 I’m going to dedicate the next few weeks on Writing Wednesdays to further thoughts on this subject. I want to talk about its relationship to the All Is Lost moment, the two components of the All Is Lost moment (the second one of which I’m calling in my head the “breakthrough moment”)—and I want to talk about the “B” story and how that fits into the Turning Pro moment.

Does this sound arcane enough? Bear with me. It’s worth thinking about.

Let’s start with the All Is Lost moment. I’m indebted to Jen Grisanti, the author of Storyline and a well-known Hollywood script consultant, for laying out this concept, analyzing it and dissecting it. If you haven’t read Storyline, I highly recommend it.

Okay, what is the All is Lost moment? In a movie, it usually comes at the end of the second act. It’s the lowest point for the hero. In the All Is Lost moment, the hero is as far away from his goal as possible. (I’m interested in this, by the way, not so much for its utility in constructing a story or a screenplay as for its importance in real life. And particularly its part in the moment that makes us turn from amateurs into pros.)

In Rocky, the All Is Lost moment is when Rocky goes down to the arena, alone, the night before the big fight and realizes that he has no chance to beat the champ, Apollo Creed. In The Hangover, the All Is Lost moment is when the guys get “Doug” back—only to find that it’s the wrong Doug. In Big Night, it’s the moment after Primo and Secondo have their big fistfight on the beach and stagger off in different directions, knowing that their restaurant has just had its last night.

Almost every Turning Pro moment is preceded by an All Is Lost moment. The “breakthrough moment,” which follows, is the decision to turn pro. 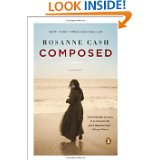 What exactly happens in an All Is Lost moment, both in movies and in real life?

What happens is the hero—i.e., you and me—comes face to face with a lie he has told himself, a lie upon which he has based his entire life (or, in a movie, the sum of the events so far in the film.)

Twelve-step programs deal with All Is Lost moments all the time. The alcoholic-in-denial believes he is not a drunk. He can handle his drinking, he believes; it’s no problem. That’s the self-delusion. That’s the instance of denial.

Suddenly something happens. In Turning Pro, there’s a chapter called Miss X in Bakersfield. It’s the true story of a friend of mine who woke up one morning in a motel in Bakersfield, in the same clothes she had been wearing the night before, with an empty quart of Jim Beam on the nightstand. When she looked in the mirror (literally, in the motel bathroom) she had to admit to herself that she was an alcoholic. That’s what she’d been denying for years. That was her All Is Lost moment.

We have been beaten by Resistance. We have failed as the stewards of our unique gifts. We have been amateurs, dilettantes, dabblers.

That’s the All Is Lost moment that precedes the Turning Pro moment.

What is the Turning Pro moment? It’s the decision that we will stop squandering our gifts. We will get serious about the talents we were given. We will stop living our lives as amateurs, as dabblers and as dilettantes.

For a classic example of a Turning Pro moment, read this excerpt from Rosanne Cash’s wonderful memoir, Composed. This is also, with Rose’s permission, a chapter in Turning Pro. It deals in unsparing detail with both Rose’s All Is Lost moment—“Oh my God, I am a dilettante!”—and her breakthrough moment, her Turning Pro moment: “Well, this shit is gonna stop right now! I am going to become serious about my talent and my obligation to use it.” (I’m paraphrasing!)

Next week: What are the components of  the All Is Lost moment?