[Quick note: if you’re interested in the videos we started here last Wednesday (“A Long Tail Business“), they continue this week—and for the next month—on Mondays. Click here or on “The Series” drop-down menu above to view the other videos.]

I imbibed this piece of screenwriting wisdom from Jack Epps (“Top Gun,” “Dick Tracy”) a few years ago: 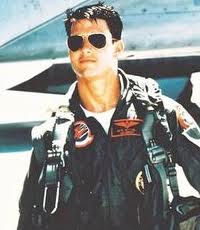 “You can’t do everything in one draft.”

Hollywood is like major league baseball. The manager doesn’t hesitate to bring in a reliever. Writer #1 originates the script. He gets fired. Writer #2 is brought in to solidify the structure. She gets yanked. #3 strengthens the characters. #4 beefs up the action. It’s maddening, it’s infuriating, it’s excruciating. But, in some demented way, it works. Sometimes anyway.

The point for you and me is that, over the course of any long-term project, we ourselves have to be those multiple writers. We may have to wear a different hat for each draft, each stage of development. This is true for launching a start-up, making a record album, writing a piece of software.

The axiom is: You can’t do everything in one draft.

The corollary: Pick one aim for each draft and do that only.

After I’ve finished the first draft of a book, I’ll do another just to be sure the stakes are high and clear. I’ll do one after that, focusing only on the theme.

Sometimes a draft can go very fast. I’ll ask myself, What are the turning points in this story? Then I’ll go through the whole piece, making sure that each one is where it’s supposed to be and that each one is working.

I’ll do one draft only on the villain.

Then another, working strictly on rhythm.

Suppose I read through the manuscript and decide it’s 15% too long. The next draft I’ll do nothing but cut.

There’s no shame in going over something fifteen times. Sometimes fifteen isn’t enough.

What’s helpful about thinking in multiple drafts is that it takes the pressure off. We don’t have to climb Mt. Everest in one afternoon. We don’t have to repair the New York City subway system in a single night.

You and I walk into a new restaurant. We’re blown away by the decor, the palette, the lighting, the architecture, the menu, the presentation, the after-service.

How many iterations did the restaurant owner go through before she reached this ultimate presentation? We don’t know, and we’re not supposed to know.

The pro knows how many generations it takes before his work is ready for prime time. He knows because he has tried, in the past, to pull it off with fewer generations. He has flopped. He has tried to do everything in one draft. And he has crashed.

It helps to think in terms of multiple drafts. Tackle one task at a time, focusing on it and nothing else. Then take on the next. Repeat until you’ve got it right.