This is an edgy subject and maybe I should stay away from it, but I feel like I want to squeeze it a little more, so here goes. 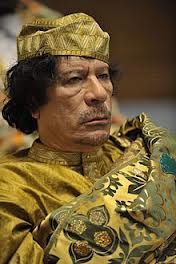 To review quickly, we were saying a couple of weeks ago that sometimes a public figure or personality (the “principal”) will be stalked or cyber-stalked or just plain bugged by a fan/frenemy/hater (the “profile.”) And that each of us probably has both tendencies-in-potential in our psyches.

The reason I’m exploring this is to see if we can learn something that will help us. A couple of observations:

You don’t have to be a person to be a profile. There are countries that are profiles. North Korea is a profile. Venezuela. Iran.

Parts of our body can be profiles. Some of us have bad backs, or knees, or shoulders. There’s nothing physically wrong with them, but they keep giving us trouble. In psych terms, they “act out.”

What characterizes a profile (be it a person, a nation, a political group, etc.) is the inability to positively define itself for itself in its own terms—i.e., its dreams, its aspirations, its efforts, its accomplishments, its philosophical and spiritual point of view. Instead the profile defines itself by (unconscious) envy of and (conscious) hatred of another. Why does North Korea rattle sabers and bluster about launching nuclear missiles at the U.S.? Why not threaten the Netherlands, say, or Indonesia (which is a lot closer geographically?) Could it be that North Korea admires and wishes it could emulate the United States? Could it be that North Korea envies the attention given the United States and wishes that it could garner some small share of that attention?

What’s interesting about profiles—I observe this from my own profile days—is that they almost always have something positive to offer. Profile people/nations/media/body parts are interesting. They possess ambition. They could make contributions if they wanted to.

The difference between a principal and a profile is that the principal’s energy is channeled into positive pursuits while the profile’s is funneled into negative ones.

I was writing in last week’s post about Jackson Browne, Glenn Frey, and Don Henley back in the days when they were unknown. What’s interesting is that, even then, they were principals.

They had already committed to their callings. They were already passionately pursuing their art. It made no difference that they didn’t have record deals yet or had never been on the cover of Rolling Stone. They were working. They were committed. They were principals.

I would bet that 99.9% of the people who read this blog are principals. In a way what these posts are about, week after week, is increasing one’s principal-hood. Honing one’s focus, eliminating bad habits and distractions, becoming more of a professional.

Back to politicians for a minute, and then I’ll wrap this subject up.

There seems to be an epidemic these days (particularly during the primary season last year) of politicians who are profiles. Their talent is not for governing or policy-making. They are provocateurs. They are bomb-throwers. The problem is that the 24/7 media, in its need to fill air-time, inflates these personalities into serious contenders. Suddenly the crackpot policies and positions of these politicians are being taken seriously. (Does anyone remember “9-9-9?”) Did we not witness one candidate after another come forward, revel in his or her fifteen minutes of fame, and then flame out spectacularly—only to find a comic afterlife, briefly, on the Daily Show and the Colbert Report?

I don’t know what it’s a sign of (nothing good, that’s for sure) but in today’s depraved media culture, it’s getting harder and harder to tell a principal from a profile.