What is the Macro Change that’s going on in the world today? As fish never realize they’re swimming in water, is there something happening all around us that’s so apparent that we can’t see it? 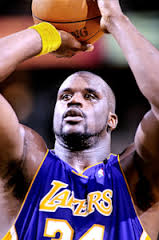 I think there is, and here’s how I’d define it:

We—meaning anybody now living in the globalized/digital/satellite-linked/worldwide-web world—are faced with the challenge and obligation to make a primal shift in consciousness. This shift is as cosmic, I believe, as the transition from illiteracy to literacy in the Gutenberg era, from farm to factory in the days of Wordsworth and Coleridge, and all the post-Industrial Age changeovers since.

I’m not talking about external changes. Those are obvious. What’s perilous and critical and what we all need to become conscious of is the stuff inside. How have we had to change our minds and our ways of thinking about the world and about ourselves?

Shawn has a concept he calls 3PV. Third Party Validation. What he means is the mind-set in which one’s sense of emotional security and self-worth is dependent upon the opinions of others. In other words, we don’t go forward with any action unless we think other people will approve.

Seth Godin talks about this a lot too. Seth decries the internal paralysis that stops people from acting until they have been “picked,” i.e. taken note of by Higher Authority and given permission to go forward.

“Pick” yourself, Seth urges. Give yourself permission to act. Don’t wait for some Third Party to tell you it’s okay or to provide a structure of incentive, punishment, and reward.

There’s a key insight here into the Macro Change we’re all going through.

We’re all having to adopt the Free-Agent mentality.

The Macro Change is a switch from being part of an organization (I hesitate to say “community,” though that’s probably the effective emotional term)—General Motors, Apple, the army, Harvard or State U.—to being Just Ourselves. But it’s not just being part of, it’s thinking like a part of.

Is it necessary to have an actual “job?” A salary? A boss? I’m speaking emotionally, not financially. Is our mental setup such that we are dependent for our inner well-being upon an externally-imposed structure? Are we capable of acting without external motivation or validation or reinforcement?

I was watching a documentary the other night about the old Brooklyn Dodgers. Talk about a vanished era. The players actually lived in Brooklyn. You would run into Gil Hodges or Carl Furillo in the produce section at Gristedes. A ball player in those days signed with a team and expected to play for them his entire career. 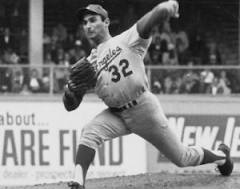 Sandy Koufax played his entire career for the Dodgers, in Brooklyn and Los Angeles.

Today you’re a free agent and so am I. Even in long-term jobs, we must think like entrepreneurs. Our 401-Ks are gone with the wind, along with Tower Records, Borders, and the steel industry.

The consciousness expansion and self-empowerment brought about (and required) by the digital revolution and its second- and third-generation follow-ons including globalization of manufacturing and the offshoring of Ozzie-and-Harriet-era jobs has compelled each of us, whether we want to or not, or realize it or not, to become our own one-person General Motors, IBM, U.S. Army, Harvard.

The web these days is chockablock with sites promising to teach “self-empowerment,” “self-motivation,” “self-branding.” Ninety percent of this may be hogwash and Amateur Hour, but the underlying imperative to learn these skills remains drop-dead valid.

In many ways that’s what this blog is all about—and has been from the start, though I myself am only starting to realize it now.

The switch we’re all having to make is from taking our identity and self-worth from being part of a Greater External Identity to being our own Identity.

The concept of Resistance is central to this alteration of consciousness, because the reason we fail to be self-motivating, self-validating, self-reinforcing is that we’re being defeated by our own Resistance.

This is a deep subject, worthy of far more examination than this space can handle in one day.

One closing thought: I suspect that much of the groupiness that upcoming generations display is a necessary and healthy counterpoise to this imperative of self-definition. People need community. Facebook, social networks, running in packs. I hate to say it but nativism, sectarianism, religious extremism, reversion to tribalism (whether in Baluchistan or the U.S. House of Representatives) are all part of the reaction to this Macro Change that the whole world is going through.

These are the prevailing winds.

This is the sea we’re swimming in.

This is the new stuff we have to teach ourselves.

But this is our brave new world.

We are all free agents now.