“Give Me One Redeeming Moment”

Did you ever see the movie Adaptation, written by Charlie Kaufman, directed by Spike Jonze, and starring Nicolas Cage, Meryl Streep, and Chris Cooper? If there has ever been a truer or more devastating depiction of the writer’s self-induced hell (including those by Proust or Stephen King), I haven’t seen it. 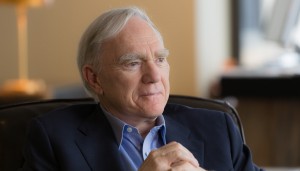 In the film there is a fourth vivid character, that of “Robert McKee,” the screenwriting guru, played with scenery-chewing gusto by the brilliant Brian Cox. Of course there really is a Robert McKee (full disclosure: he’s a dear friend) and he really is the teacher-of-writing-and-story par excellence.

Consider this post as a shameless plug for Mr. McKee and his four-day intensive seminars. If you haven’t taken one already, I’m going to try to sell you on doing so—and if you’ve attended before, to consider doing it again.

I’ve taken Bob’s course three times—once in the 80s when I first arrived in Tinseltown, once in the early 2000s when I was losing my way a little in the fiction biz, and again two years ago just for the fun of it. Here’s a look at what the seminar feels like. I say of McKee that he is not just the best teacher of writing I’ve ever seen, but the best teacher of anything.

If you are serious about pursuing a career in any kind of storytelling, you MUST expose yourself to this experience.

When people write to me with story problems or “Where Do I Start” problems or just “Writer Stuck In Purgatory” problems, I say the same thing: “Take McKee’s course.”

Story is an indispensable resource for any artist. It’s a Ph.D. in four days.

Bob’s four-day intensive seminars, Story and Genre, come to New York and Los Angeles in the next few weeks. The L.A. Story class is March 6-9. Details for both here. In recent years McKee has been taking his workshops more and more overseas, to Beijing and Rio and all kinds of far-flung places. So when he does touch down in the States you gotta be alert and jump on the opportunity to see him.

Also if you sign up using WarOfArt (typed just like that, in the box on the registration page that asks if you have a discount code), you’ll get at the seminar a free signed and numbered special edition hardback of The War of Art. Not the paperback but the silver-cover hardback. You can sell it on eBay and defray part of the tuition.

Your bank account will definitely take a hit. But this is your art, your career, your life.

Navy SEALs have wept at the end of a four-day McKee Intensive. They have begged to go back to Hell Week. (I’m exaggerating slightly). McKee socks it to you all day for four days in a row. Have somebody standing by to drive you home at the end. You’ll be exhausted. 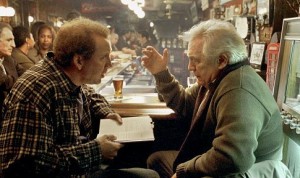 I have sent friends to McKee seminars, even though they had no intention of writing anything—just for the experience. Trust me, you will never read a book or watch a movie in the same way after you’ve taken McKee’s course.

McKee is an Irishman, a black Irishman. Be warned.

Great as the insights and wisdom are in McKee’s Story seminar, the best part of all is his passion. McKee does not teach writing so that you can make more money (though you probably will) or so you can “achieve success” or buy a bigger house or a fancier car.

He teaches it because he believes that great writing makes a difference. The first time I took his class, I was half in tears when he broke into an impassioned plea to us neophyte scripters to remember that we weren’t just pitching cop movies or trying to pen the next action/weeper/slasher epic. Writing counts. What we do matters. Our aspirations for ourselves and our craft should be as high as Turgenev’s or Flaubert’s or William Shakespeare’s. We’re committed. This is for real.

But back to Adaptation, the movie. McKee was telling me what happened when Charlie Kaufman and Spike Jonze first approached him and asked his permission to base a character on him. 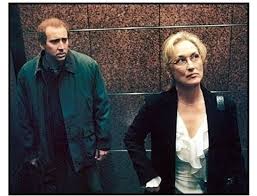 “I knew they were gonna do a job on me. How could they not? I’m nothing if not lampoonable. Brian Cox? I knew he would study my mannerisms and show no mercy. And I knew that I couldn’t make them promise to go easy. But I also knew that I had to say yes. How can you turn down Charlie Kaufman and Spike Jonze?

“So I said, ‘Okay, you can use me in the movie. But just promise me one thing. Promise me that you’ll give me one redeeming moment. Just one.'”

(I won’t tell you what it is. You have to watch the movie.)

So please, friends, if you’re in L.A. or N.Y. think about taking McKee’s Story seminars coming up soon. But even if you can’t right now, tattoo it in your brain that someday, in some city, you will put your butt in one of those seats.

Who knows? You might see me there. I’m overdue for a fourth trip.