One of the questions I get asked all the time is “Why do you write about war?” 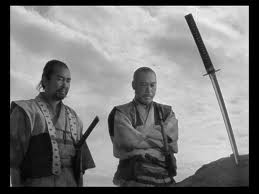 It’s a good question, and for years I didn’t have an answer.

I didn’t start out writing about war. For almost thirty years I wrote screenplays and novels and none of them were war-themed. In 1996, Gates of Fire (about the battle of Thermopylae) came out of me for some reason I could not (and still cannot) fathom. Six more novels about war followed. A non-fiction book about the Six Day War of 1967, The Lion’s Gate, just came out two weeks ago.

What is it about armed conflict that seems to fascinate me?

I’m certainly not the blood-and-guts type. I’ve never been in a war. I was an infantryman in the Marine Corps but that was in the reserves. My unit never got called up. I never saw action.

I haven’t lost friends in war; I haven’t been traumatized by experiences in combat. I have no ax to grind politically. I would not call myself “anti-war.” But I’m certainly not pro-war.

Marine Lieutenant General James Mattis invited me to speak to some of his officers at Quantico a few years ago, and afterwards he invited me to dinner with his staff. He had read Gates of Fire and had been deeply impressed by the reality of the combat depicted and by the representation of the emotions and the fellow-bonds of the warriors under such extreme conditions. He asked me straight-out: “How can you write so truly about men in war when you’ve never experienced war yourself?”

My answer sounded facile, I know. “That’s why they call it fiction.”

My reply was not facile. It was a true statement of the fiction writer’s experience, of the mystery of the imagination, and of the creative process.

Homer lived three to four hundred years after the Trojan War. He was blind. How could he know what he knew? How could he write the Iliad?

Shakespeare was born 150 years after Agincourt. He did not fight in that battle (nor in any war, for all we know) yet he was able to put these words into Henry V‘s mouth, addressing his outnumbered, weary, illness-ravaged troops:

We few, we happy few, we band of brothers;

For he today that sheds his blood with me  shall be my brother;

Be he ne’er so vile,  this day shall gentle his condition;

And gentlemen in England now-a-bed  shall think themselves

Accurs’d they were not here, and hold their manhoods cheap

Whiles any speaks  that fought with us upon Saint Crispin’s day.

How did Shakespeare do that?

How does any writer write anything?

My answer (and I’ve thought about this a lot) has to do with inner wars and outer wars.

Life is a war. That’s my experience of it anyway. Life is a clash enacted on manifold levels.

We fight it in the sphere of action, in the material world. What warrior is braver than a single mother working two jobs to put food on the table for her children?

There is an enemy inside us.

What I call the “war of art” is the internal struggle of the individual against those unseen forces that seek to keep her from realizing her truest, bravest, and noblest self. That struggle is universal. Everyone has to fight it.

What is the individual struggling for?

She’s fighting for her own soul.

In Israel last year I was interviewing a former combat commander, who had fought in five wars. He was describing his experience during one particularly harrowing ninety-six hour period, when the reconnaissance company he was commanding faced the enemy at point-blank range a number of times and inflicted and suffered heavy casualties.

War for the commander is not like war for the individual soldier. What is going on in external reality is for me only context. The real war is inside my head.

In my head I must overlook nothing, forget nothing, fail to act on no warning or intuition. In my head I must manage my own emotions, not for myself but for the mission and for my men. I must know the breaking point of each soldier and each vehicle, and of the unit collectively. I must know how much they have left to give, and how much extra I can ask of them in a crisis.

A military unit, particularly a reconnaissance company, is like a street gang. You are closer than brothers. Each life is precious to you. For every man under my responsibility, I see in my mind’s eye his mother and father, his girlfriend or wife, his children, even if he has none yet—his children-to-be, and their children as well. All will suffer if he dies. Such a weight makes concerns such as personal fear, loss, even one’s own death seem trivial.

I am lucky. My position as commander denies me the luxury of doubt or hesitation or fear.

Why do old soldiers remain bound to the comrades-in-arms of their youth? What has made those bonds so imperishable? Why do so many veterans struggle when they return from wars?

Is it because the experience, however ghastly in moments, produced peaks of intensity, selflessness, honor, courage, and love that are impossible to replicate (or even to imagine) in peacetime life?

On the plane of the spirit, the yet-to-be-born swims upward toward the light, even though it doesn’t know what the light is, or if that light exists at all. And it swims opposed. Resisted and dragged downward by enemies it cannot see or name or grapple with hand-to-hand.

These are wars of the soul, and they are real wars.