Today’s post is a follow-up (and closely related) to last week’s “The Clothesline Method.” 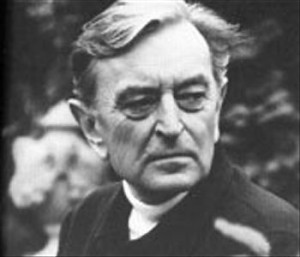 David Lean was the two-time Oscar-winning director of Lawrence of Arabia, The Bridge on the River Kwai, and Doctor Zhivago, among many others. He was a Brit. He died in 1991. I don’t know about you, but if David Lean has something to say on the subject of story or narrative, I will travel many miles to listen.

What follows comes from my own yellowing newspaper files. I have no idea when or from where I clipped this. It’s part of a longer article, an interview with Christopher Hampton, the British playwright, film director, and screenwriter (Dangerous Liaisons, Atonement, The Quiet American). According to the article, Hampton spent a year with David Lean “collaborating on Hampton’s adaptation of the Joseph Conrad novel, Nostromo, but the epic film version ultimately didn’t happen because Lean died six weeks before shooting.”

Here, via Hampton, is David Lean thinking in “clothesline” terms:

Hampton remembers that Lean told him to think of every movie, depending on its length, as six to 10 segments, each strung together with a very strong rope. “And because he was an ex-editor, I suppose, he always said, ‘The most important thing in any film is the last image of one scene and how it sits next to the first image of the next scene,'” recalls Hampton.

With each new draft of the script, Lean would actually have storyboard artists paint those juxtaposed images off the page so he could see how they looked together. Occasionally, he’d even ask an artist to draw a third image of a combined dissolve, to see if that was a better fit.

Hampton says he was able to apply much of what he learned from Lean to his future screenplay work. As it turns out, the next script Hampton wrote was Dangerous Liaisons. It won him an Oscar in 1988.

Here’s the David Lean Rule, as I would state it, for my own benefit as a writer or for anyone else:

In addition to thinking of a narrative in terms of Act One/Act Two/Act Three, think of it as eight to twelve sequences or sections.

I use this all the time. It’s extremely helpful, I’ve found, with long-form material like novels or full-length non-fiction. Why? Because the Three Act concept of organizing a narrative doesn’t always work with something that’s really lo-o-o-ng.

Three-act structure, remember, was developed for plays, for dramas presented on stage, and for movies—in other words for works that would be taken in by the audience at a single sitting. A play or a movie takes ninety minutes, at most a couple of hours. We in the audience have no trouble remembering, as we’re watching Act Three, some set-up scene or moment from Act One. Three-act structure works. It abets and reinforces the narrative’s momentum. Act One hooks us, Act Two builds the tension and complications, Act Three delivers the payoff.

But a 500-page novel doesn’t work like that. We may take a month to read such a weighty tome. We’ll pick it up at bedtime, read 60 pages, then not touch it again for a week. Three-act structure doesn’t always work in this case because the narrative is not designed to be consumed in one sitting. By the time we hit page 396, we’ve forgotten key characters and moments that were introduced on page 21. And even if we do still remember them, the momentum of the story has been lost because so much time has passed. We, the readers, have to reconstitute it by act of memory at each new sitting.

The David Lean Rule comes in really handy here. If we as writers build our narrative out of eight to twelve sequences or sections, each one of which is more or less free-standing (and possesses its own cohesion and story momentum), the reader can pick up the book and be back into the flow right away.

Another big plus, in my opinion, is that thinking in sequences, as David Lean would, gives a story a classic, old-fashioned feel, like Lean’s movies. I like that. It’s old time storytelling.

Think of how Lean, working with the great screenwriter Robert Bolt, fashioned Lawrence of Arabia. Sequence #1 introduces Lawrence and gives him an assignment to find Prince Feisal in the Arabian desert; Sequence #2 gets Lawrence out into the tall sand and establishes the conflict and dysfunction between the Brits and their Arab allies; Sequence #3—the attack on Aqaba—vaults Lawrence into prominence and changes the face of the entire war. (And so on, through sequence after sequence). The story, told in this manner, possesses a powerful gravity and inevitability (there’s even an element of fate) that might not be felt as keenly if the narrative were delivered in a more herky-jerky manner.

The last bonus of the David Lean Rule is that it doesn’t conflict with the concept of Three Act structure; it just helps that structure work. We can easily think of Lawrence or any other piece of long-form material as being organized into three acts. It’s just that Act One is comprised of Sequences 1-3; Act Two is 4-9; and Act Three 10-12.

It’s the Clothesline Method, but done with a bit of British class.