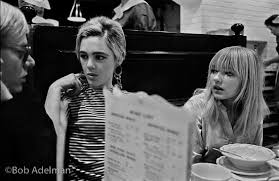 These letters purport to be seeking counsel. The writer details his or her struggles with deciding which creative field to pursue, their frustrations with their own indecisiveness, with getting their art going, etc. Then they ask for advice.

Now, there’s a good way to ask for advice. The good way is when the person is earnest, sincere; he or she can, in truth, profit from a boost of encouragement or an impartial reality check. That’s the good kind of advice-asking.

But that’s not what these other letter writers want.

I can’t tell you how dispiriting it is to receive such missives. They reek of mental weakness, shallow superiority, and an impenetrable mantle of self-delusion and self-indulgence. Worse, they’re “hooks.” Meaning their aim is to steal a piece of the recipient’s soul.

For years I took these cries for aid seriously. I’d ask myself, How can I help? What wisdom can I impart? The poor letter-writer seems to be suffering so.

Then one day I realized, These characters aren’t really looking for help. They love the state they’re in. They’re wallowing blissfully.

They are Beautiful Losers.

The 70s in New York (even if you weren’t there, you have a sense of that era, I’m sure) was the golden age of the Beautiful Loser. CBGB’s, Max’s Kansas City, Andy Warhol’s Factory, Lou Reed and the Velvet Underground, the Ramones. Crime was rampant, night life was incandescent, fashion re-invented itself minute-by-minute.

The world of Beautiful Losers is a sphere of posing and posturing, of faux accomplishment and genuine despair.

How do I know?

Because I’ve been there myself, and for a lot longer than I care to admit.

It can be tremendously seductive, the idea of being soul-broken, discarded, misunderstood. See New Wave cinema, punk rock, heroin chic, not to mention much of contemporary fashion. It’s a billion-dollar industry, manufacturing and distributing the wan, neurasthenic, faux-suicidal look and the clothes and cosmetics that go with it.

The conceit of the Beautiful Loser is that he/she carries with them as a form of self-advertisement their own untapped and unexploited potential. (That’s why it helps to be beautiful.) The idea is that one’s unexplored What-I-Could-Be-If-I-Cared is more glamorous (and more erotically alluring) than the inevitably less-than-cosmic achievement that one might produce if he/she actually tried.

I have no sympathy any more for Beautiful Losers.

I destroy their letters and e-mails instantly. They’re bad news. Bad karma. I don’t want them around me, even crumpled in my trashcan.

I wrote a post a few weeks back called “Resistance and Hooks.” These loser letters are hooks.

The writer is seeking a response.

The problem is that no response will make a dent. A kick-them-in-the-ass reply will simply be perused with bemused disdain and discarded. A kindly-intentioned reply, something meant to provide encouragement and understanding, will be received with even greater condescension. The Beautiful Loser will experience mild (very mild) titillation for less than the time it takes to read the response, then turn to Instagram (or the B.L. beside them) seeking the next distraction.

Nothing will change, because the Beautiful Loser doesn’t want to change. She’s happy marinating in her shadow persona, creating the shadow work of art that is her life.

I know those lives. I understand them. They can be fun. They can be romantic and glamorous and dramatic. For a while. The problem with exceeding the expiration date is that you are selling out your daimon.

Unwritten plays and unpainted canvases possess a life of their own. They will turn on you. They will come back and make you pay.

I’d rather give five bucks to a panhandler on the street than waste a millisecond on one of these sallow and shallow mofo’s. In the end, the only person for whom they have greater contempt than themselves is you (i.e., the positively-projected version of themselves), if you’re foolish enough to try to help them.