The Difference Between Subject and Theme

What do we mean when we say a book or a movie is “about something?” This question is a lot trickier than it seems.

Did you see the movie The Break-up, starring Jennifer Aniston and Vince Vaughan? A facile answer regarding this film would be, “It’s about a break-up.”

The subject is a break-up.

The story theme is something else entirely.

The subject of the Jurassic Park movies is dinosaurs. 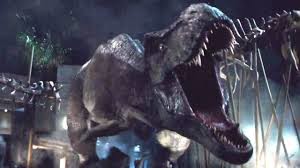 The subject is dinosaurs. The theme is, “Don’t mess with Mother Nature.”

The theme is, Don’t mess with Mother Nature.

The subject of Out of Africa is Karen Blixen’s experiences in Africa.

The theme is possession. “Is it possible,” the movie asks, “for a person to truly own something—a farm, a lover, her own fate?”

The theme of Out of Africa in statement form is, “It is not possible to own anything, and the harder we try, the more certain we are to lose what we wish to hold.”

A theme does not have to be true in all instances.

We can write one book with Theme X, then follow it up with another with Theme Opposite-of-X.

Sometimes a writer or filmmaker will deal with the same theme over and over. David O. Russell (one of my faves) seems to love the theme, “An individual, no matter how beset by his/her own self-sabotage and the sabotage of their family, can triumph if he/she is passionate enough, brave enough, and creative enough.” The Fighter, Silver Linings Playbook, Joy.

Remember the advertising line for the first Rocky?

His whole life was a million to one shot.

That statement is not far off from the movie’s theme, which is in truth a word-for-word statement of the American dream:

The sorriest bum in the street is capable of greatness if he’s just given the chance.

The theme of Casablanca is another cliche. “It’s better to work for the good of the group than for your selfish personal ends.”

There’s nothing wrong with your theme statement being a cliche. In many ways it’s better. Why? Because it means your theme has broad applications. It’s universal. It applies to everybody.

Part of the reason Rocky was a hit was that so many people could identify with its theme.

A theme should have multiple layers. We should be able to interpret it on the personal level, the political level, even the spiritual level. The more levels the theme works on, the more powerful it is.

Casablanca came out in 1941, while the U.S. was in a raging internal debate over whether or not to enter World War II. When in the film Humphrey Bogart declared

I stick my neck out for nobody

I’m the only cause I’m fighting for

he was speaking on the personal level. But his words were understood by the audience on the political level as well. He was giving voice to the powerful “American First” sentiment then prevalent in the country.

Bogie was also stating one side of the movie’s theme. The hero, remember, embodies the theme. How he or she acts in the final crunch becomes the movie’s statement of the theme.

In the climax of Casablanca, when Bogie forsakes his own selfish ends (to fly off to safety with his former lover, Ingrid Bergman) and instead puts Ingrid on the plane with her husband, the gallant Resistance fighter Paul Henreid, while he himself remains behind to join the fight against fascism, his actions state the movie’s theme not just personally, but politically.

Level One: Bogie elects to act for the greater good.

Level Two: America should do the same. It should get into the war.

Why is theme so important?

Because it gives a story focus and depth.

We’ve all read a millions sagas about plucky Moms and punchy prize fighters and self-centered gamblers/con men/operators. (In other words, subject). But when the struggles of these characters are given focus by the right theme, and when that theme contains a second or even a third level, then the story’s power is magnified and its emotional wallop is doubled and tripled.

Which leads us to the next aspect of theme—cutting everything that is not on-theme.

We’ll talk about that next week.