The Truth is Out There

As writers we want a big theme. A theme with power and scale. 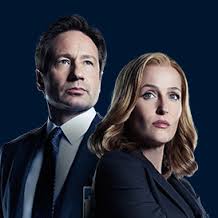 David Duchovny and Gillian Anderson. The truth is out there — on at least six levels.

But, even more, we want a theme with depth, a theme that has level after level of meaning.

The theme in Jurassic World, we said last week, is “Don’t mess with Mother Nature.” Let’s examine how deep that theme goes. How many levels does it work on?

On the surface, on Level #1, what Jurassic’s theme means is “Don’t resurrect and genetically mutate creatures with very large teeth and extremely aggressive carnivorous instincts—and, if you do, pen them up very, very securely.”

Level #2 of the same theme is “Arrogance produces calamity.” Pride goeth before the fall, or, as the ancient Greeks would’ve said, “Hubris produces Nemesis.”

This second level takes the theme significantly beyond dinosaurs and theme parks. It could be speaking of the U.S. invasion of Iraq. It could have resonance with global climate change and mankind’s contribution to it.

Level #3 goes even deeper. On the spiritual level, “Don’t mess with Mother Nature” becomes, “There exists a proper relationship between the human and the divine. Heed, O Man, and transgress not.”

Readers and audiences feel these levels, even if they can’t articulate them. Even if they’re completely unconscious of these layers of meaning, the audience senses the depth of the material (yes, even in a dino flick) and this adds to the emotional wallop of the story.

Worldwide, the four Jurassic Park movies have made $3.5 billion. Yeah, the rush of watching dinosaurs on a rampage may account for 90% of that. But depth of theme is contributing too. It helps.

Consider another runaway hit: The X-Files.

What is The X-Files about? We could say it’s about the search for extraterrestrial invaders, or about the relationship between Scully and Mulder. That would be the subject, but it’s not the theme.

The theme is conspiracy—and paranoia spawned by the fear of conspiracy. The ad line says it all:

The Truth is Out There.

That theme is much bigger than the content of the X-Files show or movies, and it resonates for the viewer at a far deeper level.

Level #1 is personal. It’s Mulder’s (David Duchovny) individual paranoia and belief in conspiracy. His sister vanished when he was a child. He’s convinced she was abducted by aliens, but he can’t get anyone in authority to believe him or to take his conviction seriously.

Level #2 is the political. Aliens have indeed landed (or crashed) on Earth many times. The government has evidence of this but, for its own nefarious reasons, is keeping it secret from the public.

Level #3 is the darker political. Beyond its knowledge of UFO crashes and alien apprehensions, the government is covering up all kinds of evil truths and events. Who killed Kennedy? Why did we go to war in Vietnam? What forces lurk behind the Wall Street cabal?

Level #4: Authority in all forms is hiding stuff from us. Our parents. Our schools. Our institutions. The world is not as we have been told it is (it’s worse … and we’re getting screwed by it big-time!)—and no one in authority will break silence to confirm this.

This sounds nuts, I know. But why are survivalists stocking up on beef jerky and .762 ammo? Why did gun-toting ranchers occupy Malheur Reserve in Oregon? In Texas the governor put the State Guard on alert just this past summer, fearing that an army training exercise was really a cover for the Feds to take over the state. On the left, the paranoia runs just as deep. Doesn’t the Trilateral Commission secretly control the universe? Or is that Fox News and the “vast right-wing conspiracy?”

Level #5: Our very conception of reality has been manipulated to render us passive and to control us. You and I are like the characters in 1984 or The Matrix. Unseen overlords have created an artificial environment and convinced us that it is real. They are duping us and exploiting us for their own profit.

Level #6: Life itself, by its very nature, is an illusion. More than that, built in to the nature of consciousness are factors invisible to us whose sole purpose is to make us believe in the reality of this surface illusion. A man has a dream in which he is a butterfly. Is he a man dreaming he’s a butterfly—or a butterfly dreaming he’s a man?

The truth is indeed out there, but we can’t get to it. “Help!”

The X-Files has a second prominent ad line:

I Want To Believe

Implicit in this line is Level #7: the Truth that is “out there” is indeed being hidden from us by corrupt, evil forces but, brothers and sisters, what if we could actually find out that truth? It could change our lives! Save our lives! You bet we want to believe!

The surface interpretation of Level #7 is, “We want to believe in UFOs and aliens, that they’ve visited the Earth and that we are not alone. Perhaps contact with their advanced intelligence will bring blessings to mankind.”

Beyond that (Level #8) is, “We want to believe that some higher power/consciousness exists and that we can contact it.” We want to believe because that truth, if it were true, would reassure us that our lives were not limited to the vain, petty, self-interested issues that consume our daily worlds. We want to believe in something greater, wiser, more significant—something that will give our lives true meaning.

How potent is this level? It’s the basis for every religion since animism and sun worship. No wonder people follow the adventures of Scully and Mulder. Their quest is resonating on at least eight levels.

The X-Files, if you’ve ever watched it, is not that great a show. But the theme is so big and it resonates at so many levels that millions of viewers became hopelessly addicted. They couldn’t live without it.

With all due respect to David Duchovny and Gillian Anderson (and hats off to Chris Carter, who created the show), this is the power of theme.

The bigger the theme, the more forceful the story’s impact. And the deeper the theme (that is, the more levels on which it resonates), the more it will get its hooks into the audience and the more powerfully it will bind them to the characters and to the story.