The Dude Abides … but in What Genre?

[Reminder: only two more days to order your free e-version of my new book on writing, Nobody Wants To Read Your Sh*t. Offer expires at midnight, June 30. Click here to download. Totally free. No opt-in required. Takes 38 seconds or less.]

I was talking three weeks ago about the preparatory files I use before plunging in on a first draft. The first file is one I call Foolscap. Here’s the first question I ask myself in that file: 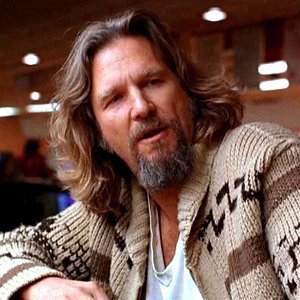 I’m asking, “What kind of book am I writing? Is it a Western? A Love Story? What exactly is the genre of this idea I’m working on?”

I ask this first because it’s the most critical question a writer can ask. And because, once I answer it, I’m halfway home.

At this stage (before the first word of a first draft) I may have only the vaguest notion of what my story is. Maybe I’ve got one character, a few scenes, maybe less than that. I’m groping. I’m like the blind man trying to figure out if he’s working with an elephant.

Why do I ask this? Because genres have conventions. As soon as I identify the kind of story I’m telling, I automatically have a road map, a blueprint for its shape, its trajectory, and its content.

Consider The Big Lebowski by Joel and Ethan Coen.

I have no idea how the brothers evolved their story but I’ll bet anything they started with “the Dude.” They probably even had Jeff Bridges in mind. My guess is they knew the tone of the movie; they knew it would be zany, wry, deadpan. And they knew the feeling of the scenes they wanted. But I’ll bet that, at first, they weren’t sure exactly what genre, what kind of movie it was. Then …

“OMG, it’s a Private Eye Story! It’s a Detective Movie but instead of a having a hard-bitten Sam Spade/Philip Marlowe type as our hero, we’ll have a lovable, slightly-dim stoner.”

Identifying the genre was the stroke that split the diamond. At one blow, the Coen brothers could see the whole movie.

Why? Again, because genres have conventions. A Private Eye Story has obligatory scenes. Every movie or novel in this genre makes stops at these mandatory stations. The audience would be furious if it didn’t.

Next step for the brothers? Cue up Chinatown, The Maltese Falcon, Farewell My Lovely. Watch them or read them with this thought in mind: “What can we steal? What happens to Jack Nicholson, to Bogie, to Robert Mitchum? Whatever that is, we’ll make it happen to the Dude.”

See what I mean about genre?

Once we know what type of story we’re telling, we’ve got half the struggle licked.

But back to Private Eye Stories. What scenes can we count on? What scenes will be in every tale of a gumshoe-for-hire?

Moose’s skillet-sized fist hit me. A pool of inky blackness

opened at my feet and I tumbled into it …

The Coen brothers knew these conventions. They understood that these were the sinew and marrow of the Detective Story genre.

She kidnapped herself, man!

My favorite scene in The Big Lebowski is, sure enough, a genre-specific convention: the moment when the hero, in bed with the Beautiful Client, reveals his own (surprisingly profound and emphatically on-theme) backstory. Remember that moment in Chinatown? Jack Nicholson as Jake Gittes is lying back on the pillow, having just made love to Faye Dunaway as Evelyn Mulwray. She asks him how he got into the private detective racket and he tells her he used to “work for the District Attorney” (meaning he was a cop) in L.A.’s Chinatown.

You can’t always tell what’s going on there. I thought

I was keeping someone from being hurt and actually I

ended up making sure they were hurt.

That scene, for sure, was front-of-mind for Joel and Ethan Coen when they put Jeff Bridges in the post-coital sack with Julianne Moore.

Tell me about yourself, Jeffrey.

Not much to tell.

(tokes on a joint)

I was one of the authors of

the Port Huron Statement. The original … not the

compromised second draft. Did you hear of the Seattle Seven?

That was me … uh … Music business briefly … roadie for

Genre conventions are not “formula.” They’re opportunities for tremendous creativity and fun and depth, as the Coen brothers proved in this and a bunch of other movies.

Before you write a word of your first draft, figure out what genre you’re working in. Then bone up on the conventions of that genre and take it from there.