[Continuing our series on the Professional Mindset … ]

I’m reading a great book now (thanks, Bill Wickham, for turning me onto it) called Bugles and a Tiger, My Life in the Gurkhas by John Masters. 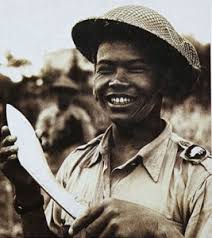 This is the kind of book I absolutely devour—a straight-ahead memoir, no plot, no characters, just an absolutely true account of a fascinating life experience, in this case the tale of a young Brit who served in India in the 30s in a legendary Gurkha battalion.

What exactly is a Gurkha?

The Gurkhas are Nepalese peasantry. Modest of stature, often illiterate, incredibly hardy and brave, loyal, dedicated and true, they have covered themselves with glory in every war they’ve fought in.

Here’s a story from Bugles and a Tiger (trust me, this relates back to writing and to the Professional Mindset):

A Gurkha rifleman escaped from a Japanese prison in south Burma and walked six hundred miles alone through the jungles to freedom. The journey took him five months, but he never asked the way and he never lost the way. For one thing he could not speak Burmese and for another he regarded all Burmese as traitors. He used a map and when he reached India he showed it to the Intelligence officers, who wanted to know all about his odyssey. Marked in pencil were all the turns he had taken, all the roads and trail forks he had passed, all the rivers he had crossed. It had served him well, that map. The Intelligence officers did not find it so useful. It was a street map of London.

I can relate to this saga completely. I have written entire books (The Legend of Bagger Vance for one) where I was navigating with total confidence by a map in my head, only to realize later that the map bore no relation whatsoever to the ground I was marching over. Yet I made it home.

Our Gurkha rifleman had no legitimate map, but he had something better.

He had a professional mindset.

He knew the sun rose in the East and he knew he was heading northwest. He knew to keep his own counsel, trust no one but his own inner guide, and to keep on trucking.

Who cares if there was no Hammersmith or Wimbledon in the Burmese jungle? There was the stream, there was the crossroads. “You gotta believe.” 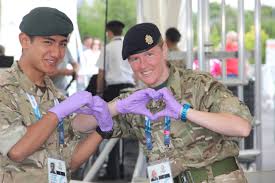 In the end, you and I as writers are guided in our work less by the specifics of our self-designs or structural concepts (however helpful such systems might be) and more by a calling in our hearts.

The story we’re telling knows itself.

It knows where it’s going.

It’ll tell us if we listen.

Our Gurkha rifleman may not have been able to spell Shepherd’s Bush or King’s Cross. But he knew his heart.