Give Your Villain a Great Villain Speech

I’m a huge fan of Villain Speeches. There’s nothing better in a book or a movie than the moment when the stage is cleared and Satan gets to say his piece. 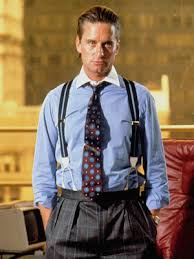 A great Villain Speech should ring true. It should masterfully articulate a valid point of view. Here’s cattleman Rufe Ryker (played by the great character actor Emile Meyer) in Shane:

Right? You in the right! Look, Starrett. When I come to this country, you weren’t much older than your boy there. We had rough times, me and other men that are mostly dead now. I got a bad shoulder yet from a Cheyenne arrowhead. We made this country. Found it and we made it. We worked with blood and empty bellies. The cattle we brought in were hazed off by Indians and rustlers. They don’t bother you much anymore because we handled ’em. We made a safe range out of this. Some of us died doin’ it but we made it. And then people move in who’ve never had to rawhide it through the old days. They fence off my range, and fence me off from water. Some of ’em like you plow ditches, take out irrigation water. And so the creek runs dry sometimes and I’ve got to move my stock because of it. And you say we have no right to the range. The men that did the work and ran the risks have no rights? 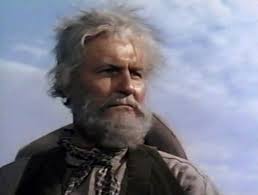 Emile Meyer as Ryker in “Shane” 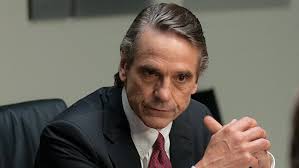 So you think we might have put a few people out of business today? That it’s all for naught? You’ve been doing that everyday for almost forty years, Sam. And if this is all for naught, then so is everything out there. It’s just money; it’s made up. Pieces of paper with pictures on them, so we don’t have to kill each other just to get something to eat. It’s not wrong. And it’s certainly no different today than it’s ever been. 1637, 1797, 1819, ’37, ’57, ’84, 1901, ’07, ’29, 1937, 1974, 1987—Jesus, didn’t that one fuck me up good—’92, ’97, 2000, and whatever we want to call this. It’s all just the same thing over and over; we can’t help ourselves. And you and I can’t control it, or stop it, or even slow it. Or even ever-so-slightly alter it. We just react. And we make a lot of money if we get it right. And we get left by the side of the road if we get it wrong. And there have always been and there always will be the same percentage of winners and losers, happy foxes and sad sacks, fat cats and starving dogs in this world. Yeah, there may be more of us today than there’s ever been. But the percentages, they stay exactly the same.

How will we know your character is the villain if you don’t give him (or her) a great villain speech?

[Hats off to the writers of the above gems: J.C. Chandor for Margin Call; A.B. Guthrie, Jr. from a novel by Jack Schaefer for Shane; Stanley Weiser and Oliver Stone for Wall Street.]