We were talking last week about how the villain never changes. 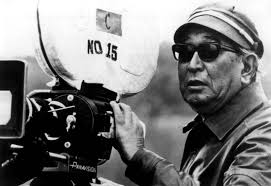 Akira Kurosawa, director of “Seven Samurai,” “Rashomon,” and many other classics

But never the Bad Guy.

Here’s Lawrence Kasdan (Body Heat, The Big Chill, The Accidental Tourist, not to mention Raiders of the Lost Ark, Return of the Jedi, etc.) quoted in a 1991 article in the L.A. Times:

“(Akira) Kurosawa, the greatest director who ever lived, said that villains have arrived at what they’re going to be . . . that’s their flaw, but that heroes evolve–they’re open to change and growth.”

Kasdan in this context was referring to his own aspirations as a moviemaker. He hoped, he said, to be a hero in his own career, by which he meant he intended to keep evolving as a writer and director, to never settle for doing something he had done before.

But let’s consider Kurosawa’s observation in its own right—as a principle of storytelling relating to antagonists.

The villain in Rashomon is humanity’s craven need to present itself in a positive light, even if it must perjure itself shamelessly to achieve this. That surely doesn’t change.

But Kurosawa gives the villain credit for possibly evolving into his or her state of stasis.

The villain has arrived at who he or she is going to be … that’s the villain’s flaw.

Kurosawa is augmenting our original statement

by declaring first, that

This state of completion/stasis/self-satisfaction is the villain’s weakness.

This is great grist for you and me as writers.

Has the villain evolved prior to our meeting him or her in the narrative?

J.R.R. Tolkien may have thought so.

Nothing is evil in the beginning [says Elrond in The Lord of the Rings]. Even Sauron was not so.

I’m not sure if I believe this.

The character of “Dick Cheney” in Vice has certainly changed from his early Wyoming days. Or has he? Was he always who he was, though it took the passage of time to reveal this? 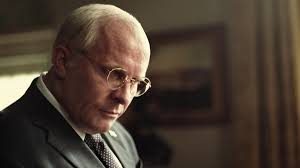 How about Hannibal Lecter?

Has the Terminator evolved?

I’m not sure it particularly matters.

The point for you and me as writers (and Kurosawa agrees) is that our villain cannot and does not evolve from the point when we meet him in the story.

Medea was a lover and valiant helpmeet to Jason before he abandoned her.

Clytemnestra was Agamemnon’s caring wife before he sacrificed their daughter Iphigenia.

Even Scrooge McDuck may have been a good guy at one time.

But by the time we meet them onstage or in the movies, these villains are bad to the bone.

Bad Guys do not change.