The Villain Adapts, but Does Not Change

It adapts but does not change.

It starts out (I’m thinking of the 1979 Alien, directed by Ridley Scott) as an egg.

OMG, it springs onto the visor of Kane’s (John Hurt) space helmet!

Wait … now it’s an ugly, tentacled blob attached to his face. Hold on—it just leapt out of his chest and scurried out of the room!

The Alien introduces itself to the crew of the Nostromo. The dude adapts but does not change.

The villain adapts. It comes after the hero in protean forms, from all directions, using all kinds of ploys and stratagems.

Human villains too keep attacking from all angles. Bond villains. The mother and sisters in The Fighter. The cops in Thelma and Louise. The impis in Zulu.

But they don’t change.

They have one goal—to destroy the hero.

They cannot be reasoned with.

They are incapable of altering themselves on their own.

They are as fixed and immutable as the stars.

Do you remember the principle we cited in an earlier post from Stephen Cannell, the master of a thousand plotlines from The Rockford Files, The A-Team, and 21 Jump Street?

Keep the heavies in motion.

What Stephen meant was

Keep the villains coming at the hero from everywhere.

Have them pop out of the toaster, drop out of the sky, spring forth from the glove compartment. At any moment. In all forms and shapes and sizes.

The villain should not to stupid. 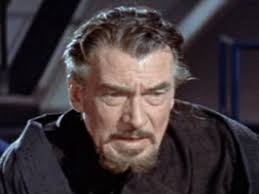 Like the Predator or the Terminator, the Bad Guy should shape-shift like a chameleon. Make him cunning and ruthless and loaded with guile.

They may be overcome by the hero (in which case the hero is the one who changes) but they themselves never draw up and declare, “Gee, now that I think about it, maybe my desire to destroy the world/devour the protagonist’s brain/suck the heroine’s blood was really not such a good idea.”

The villain adapts but does not change.

The greatest villain of all, Satan, pulls out all the stops trying to break his arch-enemy, Jesus of Nazareth. He invokes the Sanhedrin, Pontius Pilate, the Roman legions. He causes Judas to betray his master. He undermines Peter’s love and loyalty; he cracks the resolve of all the Apostles.

But his goal never changes, and neither does he.

That’s why he’s the villain.

The hero is the one who changes.

The villain adapts, but does not change.

Or as my old boss Joan Stark expressed it,