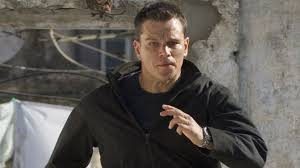 Matt Damon on the run in “The Bourne Identity”

How do you get it?

One way is by skillful use of an Understory.

One of my favorite scenes in movies of the past few years is the Frozen Park Bench scene in the first of the Jason Bourne movies—The Bourne Identity.

To refresh your memory:

It’s early in the story. We’ve met Jason Bourne (Matt Damon) and learned that he is a young man who has lost his memory. He doesn’t know who he is. He’s an American on his own in Europe, specifically Zurich (where Swiss bank accounts are), in the depths of winter.

Jason’s recall may be void at the moment, but he has been able in the film’s earlier scenes to deduce a few things about who he might be.

First, he knows he is somebody specific. He does have an identity. He just doesn’t know what it is.

He knows something mysterious (and almost certainly nefarious) has happened to him to blot out his memory.

He knows he is part of some ongoing plot or scheme that involves other individuals, possibly allies, more likely enemies. But he doesn’t know who they are or how he fits in with their designs, and of course he can’t remember what their specific scenario is.

It’s night. Outdoors in Zurich. Freezing cold. Jason is in jeans and a down jacket. He has stopped in a park and lain down on a bench, just trying to survive till morning.

Two Swiss cops appear. They roust Jason roughly. They start to collar him, handcuff him. Suddenly …

Jason turns into a kung fu master. Chop chop bam bam he hammers both officers with Bruce Lee-like skill, using only his bare hands. He knocks the cops cold and even strips one of his weapon.

For a moment Jason stands over his victims, staring at his own hands, amazed at what he has done. Then he dashes away into the night. (See the YouTube clip of this scene, hyperlinked above.)

This scene, or something like it, is a staple of action novels and movies. It always works. It always plays great.

It hooks the reader/viewer.

It propels the story forward.

Because implicit in it is a mysterious and exciting understory.

The reader/viewer wants to learn this understory.

It’s the understory that hooks the reader/viewer, even more than the real-time story.

Not every book or movie has an understory.

Many unfold simply in real time.

But certain types of narratives always have understories. Detective stories. Amnesia tales. Many sci-fi sagas. Mysteries of every kind.

What keeps the reader turning pages is the desire to get to the understory. 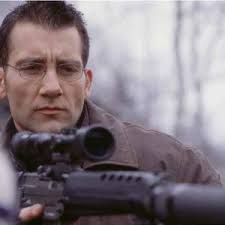 Going back to Jason Bourne and the frozen park bench. In this scene we realize:

We can’t help but ask ourselves:

See the narrative drive? The audience is now asking itself a boatload of questions that can only be answered by committing themselves to the story as it unfolds. This one simple scene, with its peek at the understory, has propelled the narrative forward with irresistible velocity.

Better yet, the power of these who-is-this-dude questions is doubled because not only are we in the audience asking them, but our protagonist on-screen, Jason Bourne, is asking them too—and he is now driven, with life-and-death urgency, to get the answers.

Are you working on a novel or a screenplay now?

Ask yourself, “Is my story happening in real time only? Or does it have an understory?”

If it does, you’ve got a powerful tool at your disposal to make your narrative jump off the page or screen.

[P.S. Remember a couple of weeks ago I said I had recently done three interviews? Well, the second one was with Marie Forleo for her blog/show “MarieTV.” Here’s the link. The interview is on video. 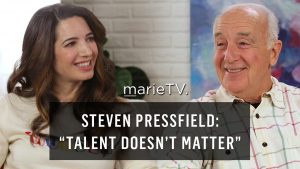 If you’re not familiar with Marie, she’s based in New York and does a weekly online interview show, usually with writers, entrepreneurs, and creative people of all kinds. Marie herself was made for TV. She has undeniable star quality; she’s a high-energy, high-wattage personality but also a serious, and very successful, entrepreneur, role model, and source of wisdom and encouragement. I’m a subscriber myself. I watch Marie’s show every week.]