The Blank Page is Not Neutral

It seems so harmless, doesn’t it? A simple sheet of 8 1/2-by-11 bond that you and I roll into our typewriter (or the equivalent empty screen on our laptop.) 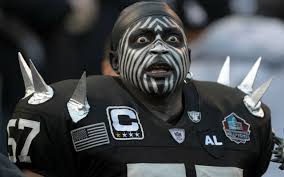 The blank page can be a pretty scary place.

(Other than terminal procrastination, paralysis by perfectionism, self-doubt, self-loathing, self-recrimination, self-hatred, not to mention terminal existential dread, panic, hysteria, flatulence, bad breath, dandruff, and the uncontrollable desire to drink, smoke, vape, fly to Katmandu, and have a mad self-destructive affair with the first person that says hello.)

If we think of it in combat terms, that empty sheet is the equivalent of Omaha Beach on June 6, 1944 from the Allied side. Waiting for us when we wade ashore are bunkers, pillboxes, minefields, barbed wire, machine gun nests. Artillery and mortar fire will be pounding every inch of the beach without letup. Even if you and I make it ashore in one piece, nothing lies ahead of us inland but dug-in enemy divisions backed up by tanks and aircraft, on and on.

Or, if we’d rather see it in Game of Thrones terms, that blank page is defended by the Night King, the army of the dead in numbers uncountable, not to mention a dive-bombing, fire-breathing dragon whose jetting flames have got our name on them.

What can we do to fight this?

Step One (and a tremendously powerful step) is simply to be aware of the fact of Resistance and to not be unnerved and unmanned when it rears its hideous head. 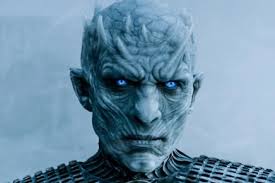 My own life was a train wreck for seven years after its first encounter with this monster. Why? Because I wasn’t mentally prepared. I was innocent.

I had no defenses.

No plan of action.

Resistance steamrolled right over me.

On the other hand …

On the other hand, simply to know what’s coming makes all the difference.

When we know what we’re up against, we can formulate a plan.

We can steel ourselves in advance.

We can marshal our internal resources.

Then, when that first Mike Tyson left hook slams into our jaw, we may reel, we may stagger, we may even hit the canvas …

But it won’t necessarily kayo us.

The blank page is not neutral, but neither are we.

Dragons have been slain.

The Allies did prevail on D-Day.

Even the army of the dead eventually bit the dust.

The blank page is not invincible.