I’m going to generalize wildly in this post so please bear with me. Many exceptions could be cited legitimately to the principle I’m about to put forward (and maybe the principle itself is completely wrong). But it’s thought-provoking and its exploration, I hope, will give us all something to chew on. 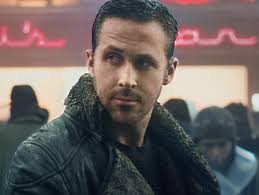 If, as we have proposed in earlier posts in this series,

The female carries the mystery,

then what is the male’s role?

(Bear in mind that the “male” in our story could be a female, e.g. Diana in Wonder Woman or Sara Paretsky’s tough private eye V.I. Warshawski or any of the powerful female leads in Game of Thrones, etc.)

The male’s role is to uncover the mystery.

The inciting incident of any story (remember, I’m generalizing shamelessly) is the introduction of the mystery.

We, the reader/audience, get hooked by this. As does the “male” lead.

Act Two becomes the male lead’s quest to get to the bottom of the mystery.

In Act Three, he succeeds. But, if the story is a good one, this revelation only leads to a deeper mystery—a mystery that sheds light on some profound aspect of life or love or the human condition.

In Blade Runner 2049, the male principle is embodied by “K” (Ryan Gosling). K is a blade runner—a professional operative whose job is to hunt down and kill the manufactured humans called replicants. K is a replicant himself, and he knows it. He accepts his role and has no aspiration to defy or overthrow it.

The mystery is introduced, i.e. the story’s inciting incident, when K (and his human superior, Lt. Joshi [Robin Wright]) learn that somehow, against all logic and design, a replicant (we don’t know who) has conceived and given birth to a child. That’s an earth-shaking event in the futuristic world of the story because it means that manufactured entities have the potential for becoming human, for actually possessing souls.

K is assigned by Joshi to find and, in the name of world order and stability, to kill this child.

If our principle holds true, the story’s mystery will be carried by a female.

Sure enough, it is.

After many a twist and turn (during which K comes to believe that he himself is that mysterious child), he encounters Dr. Ana Stelline (Carla Juri), a “memory designer,” who herself, we believe, is a replicant and whose job is to create the artificial memories that will be implanted in other newly-manufactured replicants. 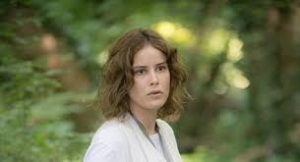 Dr. Stelline is by far the most empathetic (and human) character that K has encountered. She cares. She is kind. K gets a feeling about her.

By Act Three, K has tracked down the fugitive blade runner Rick Deckard (Harrison Ford) from the original 1982 movie. Deckard himself is a replicant. From Deckard K learns that Dr. Stelline is indeed the miraculous child he had been hunting.

In other words, K has uncovered the mystery … and this mystery is embodied in a female.

When a story works, as I would say this one does, the superficial mystery—Who is the replicant child?—is reinforced and made profound by the deeper levels of meaning that this mystery implies.

What is “soul?” Where does it come from? Is it “divine?” What does “divine” mean? Does soul possess a life-imperative of its own, that is, will it find its way into any and every life-form?

How should we feel about despised and outcasted groups in society? Dare we dismiss them, as the culture in Blade Runner dismisses replicants, as “soul-less” or subhuman? What if we ourselves are members of such a group?

In Blade Runner 2049, the male has found and identified the female-borne mystery. But this discovery only leads to deeper and more profound levels of mystery.