How Hard is it to Turn Pro? 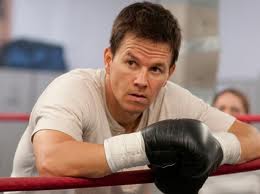 Mark Wahlberg in "The Fighter." How hard is it to break free of a toxic family dynamic?

How hard is it to make those changes permanent?

That’s why it’s so hard.

How hard is that?

I’ve used the phrase “turning pro” lightly in the past, and I was wrong to do that. There’s nothing light about it. There are no degrees to turning pro. There’s no such thing as Turning Pro Lite.

I turned pro myself because if I hadn’t I would’ve died. I couldn’t stand myself for one second longer or endure for another minute the wasted, pointless life I was living. Like the Peter Finch character in Network, I had run out of bullshit. Otherwise I never would’ve found the courage. It was too hard. Too unknown. Too terrifying.

I can’t fault anyone for staying on the amateur side of the line. You have to be crazy to cross over. The dirty little secret of every creative workshop or motivational seminar is simply this:

The good news about turning pro is it’s free. You can’t be excluded. No one can turn you back at the border. The act is self-initiated, self-sustained, and self-defined. You turn pro in secret. Not even the NSA knows you did it.

But you know. And I’ll know when I look in your eyes.

I salute you. You are one in ten thousand. You have done what many, many talk about, but damn few actually do.